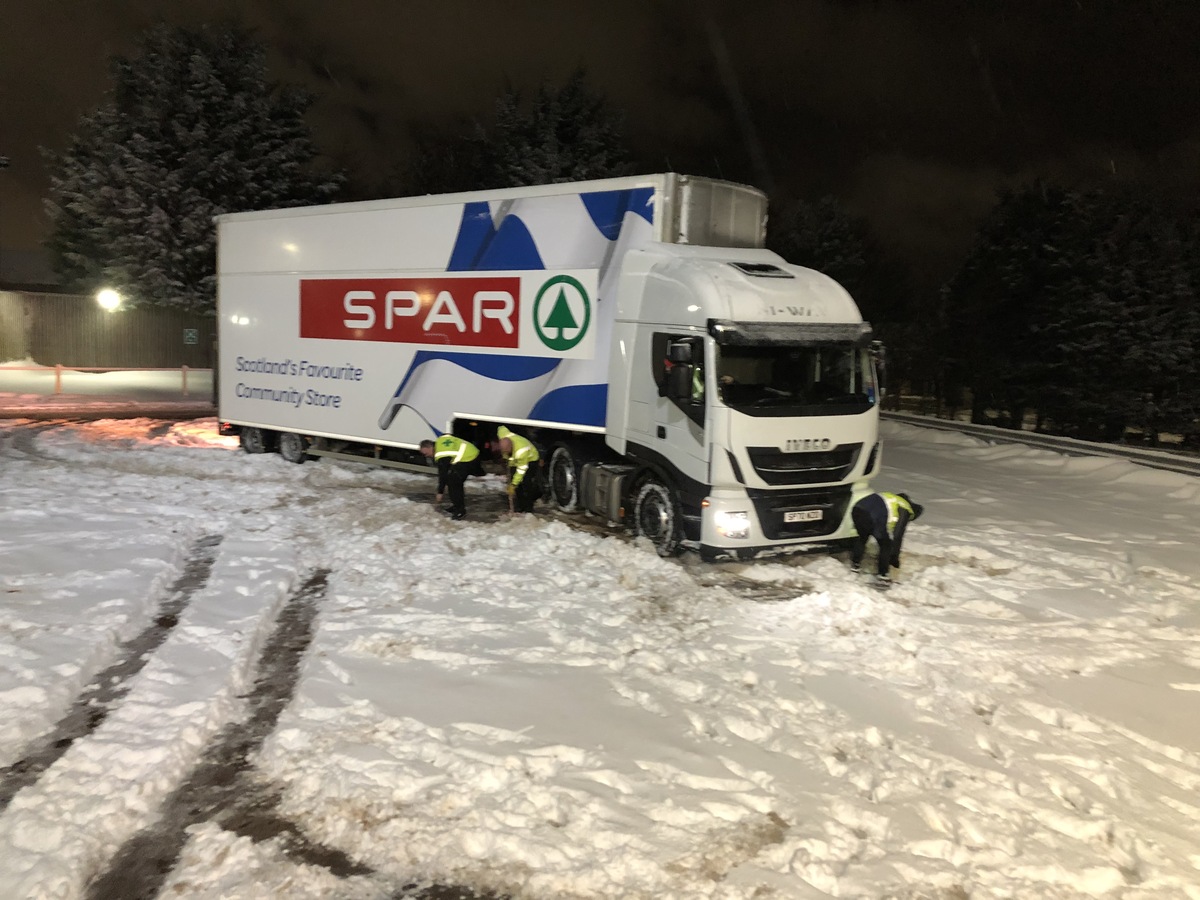 The leading convenience retailer, SPAR Scotland, is applauding dedicated staff who went above and beyond during the recent Beast from the East 2.

Last week’s heavy snowfall did not daunt staff at the depot in Dundee who assisted over the course of the week to ensure service went as smoothly and as efficiently as possible and they have been recognised by management.

Over the week 650,000 cases were scanned in, replenished, picked, loaded and delivered to SPAR convenience stores around Scotland ensuring SPAR was there for all communities during Beast from the East 2.

Round the clock snow clearing and gritting by eight staff, daily, kept the depot operation moving. Tuesday 9th February required 20 helpers from all over the distribution department just to keep the depot open. Each lorry took an average of 30 minutes to dig out of snow, load and depart.

Colin McLean, CEO from SPAR Scotland, said: “Extraordinary situations called for extraordinary responses and I am so proud of how our entire team pulled together to ensure community SPAR stores received their deliveries.

“We had staff members who walked up to 2.5 hours to get to and from work and others who drove around in their own car collecting stranded colleagues to help them get in and out of work.

“The depot has put out larger volumes in the past but never have we faced such adversity. Weather warnings, blizzards, jack knifed lorries in car parks and closed roads proved extremely difficult, but everyone rose to the challenge and we delivered the goods.”

In addition to all depot workers assisting, staff at SPAR Scotland stores cleared pathways and accesses around stores to allow customers to get safely in and out as well as enabling large vehicles to deliver.

“It showed us what a great team we have at SPAR Scotland. Everyone really has pulled together to play their role in helping communities while combating the Beast from the East. They are our unsung heroes,” McLean concluded.

SPAR Scotland is the largest symbol group in Scotland with over 300 convenience stores across the country. Scottish based means we are focused on the Scottish market and can provide you with the best package to develop your retail business to your local needs. Our one stop shop of producers and retail services is fully backed up by outstanding operational organisation.