Premier League Darts to return to Aberdeen on April 21st 2022 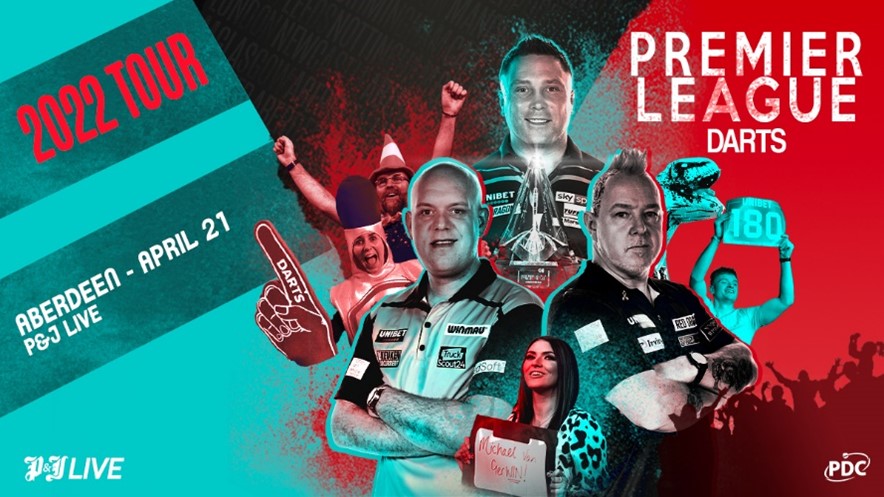 The world's top darts players are set to return to P&J Live in Aberdeen on Thursday April 21st 2022 following the release of next year's Premier League darts schedule.

P&J Live was set to be one of the destinations on this year's annual four-month Premier League tour, which features the likes of Michael van Gerwen, Scotland's Peter Wright, reigning champion Glen Durrant and new World Champion Gerwyn Price.

The PDC have now confirmed that this year's planned visit to Aberdeen will now not take place as planned due to ongoing restrictions, which mean that at least half of this year's event will be held behind closed doors in April.

However, next year's schedule has been confirmed, with P&J Live set to host the 12th league night on Thursday April 21st 2022.

A capacity crowd at P&J Live saw the hugely successful opening night of the 2020 Premier League season, while Aberdeen has been a destination for the tournament since 2006.

"The Darts is always a firm favourite with the North East fans and the atmosphere electric; next year will be no different with fans patiently waiting for the return of live events. It will be great to see P&J Live coming to life" Louise Stewart, Head of Entertainment commented, "we are so excited to get back to what we do best and look forward to welcoming fans back to the venue when it's safe to do so."

Tickets for the 2022 Premier League are expected to go on sale later in 2021. Details will be confirmed at pdc.tv/tickets once finalised.