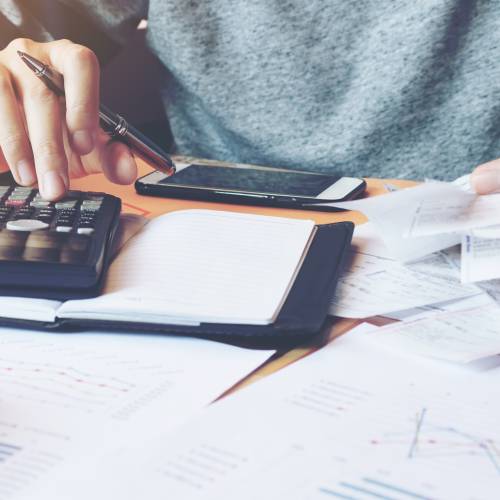 The British Chambers of Commerce today announced the publication of new research which shows a rising number of firms expecting their prices to increase significantly in the coming months. The figures also document growing concern among businesses over rising inflation.

The data, drawn from responses from more than 5,800 firms, shows 2 in 5 businesses (38%) in Q1 2021 expect to see their prices increase in the next three months, an increase from 25% in the previous quarter. In contrast, only 5% of firms are expecting a decrease.

The figures also demonstrate that nearly 1 in 3 (30%) businesses cite inflation as a cause of concern in the coming months, up from 1 in 4 (25%) in the previous quarter.

The balance (the percentage of those firms reporting an increase minus those reporting a decrease) of manufacturing firms expecting the price of their goods to increase over the next three months rose sharply to +46%, from +27% in the previous quarter and is now at its highest level since Q4 2017, a time when the post-EU referendum devaluation of sterling pushed UK consumer price inflation to 3%.

Raw materials costs are cited as the key driver of rising prices for manufacturers, with some firms pointing to continued post-Brexit and Covid-19 disruption. 87% of production and manufacturing and 72% construction firms cited raw material prices in Q1 2021, up from 80% and 67% respectively in the previous quarter.

In the services sector, the balance of firms expecting prices to increase over the next three months rose to +27%, from +15% and is now at its highest level since Q1 2020.

Within services, retail & wholesaling firms were most likely to expect price increases (56%) in the next three months with raw material costs as a key pressure. This was followed by transport and distribution firms on 48%.

45% of hotel and catering sector businesses are expecting price increases in the next three months, as Covid restrictions ease. In contrast, professional and consumer services firms were least likely to expect an increase in prices (both 26%).

Tim Squires, Commercial Director of Coventry-based Squires Gear & Engineering, said: "The key issue for us, at present, is certainly the rise in material costs and, coupled with that, the availability of material - in our case steel.

"Prices are also extremely unstable and only stay firm for two to three days maximum which makes planning extremely difficult and I can only see prices continuing to rise over the next six months, we won't be able to absorb that so our prices will rise too."

Howard Stafford, Founder and Director of Euromixers, based in Greater Manchester, said:

“Materials that we have to purchase from the EU have increased in price from between 5% to 7% since January. Transport costs, extra documentation requirements, covid-19 surcharges and fuel surcharges have all played a part.”

Responding to the findings, Head of Economics at the British Chambers of Commerce, Suren Thiru said:

“The latest results confirm a significant uptick in price expectations in the first quarter of 2021, suggesting that inflation will drift markedly higher over the near term.

“The renewed upward pressure on prices were particularly acute among manufacturers, reflecting the rising cost of raw materials amid ongoing post-Brexit and Covid-19 driven disruption to supply chains.

“While inflation is currently subdued, the triple effect of the rise in the energy price cap in April, the release of pent-up demand as Covid restrictions ease and persistent post-Brexit border disruption is likely to drive inflation higher over the near term, possibly above the Bank of England 2% inflation target.

“However, such drivers of inflation are typically transitory in nature and given the amount of spare capacity in the economy, any price spike is likely to be temporary. Therefore, there should be sufficient scope for the MPC to keep interest rates on hold for some time, particularly given the uncertainty that still surrounds the outlook for the UK economy.”