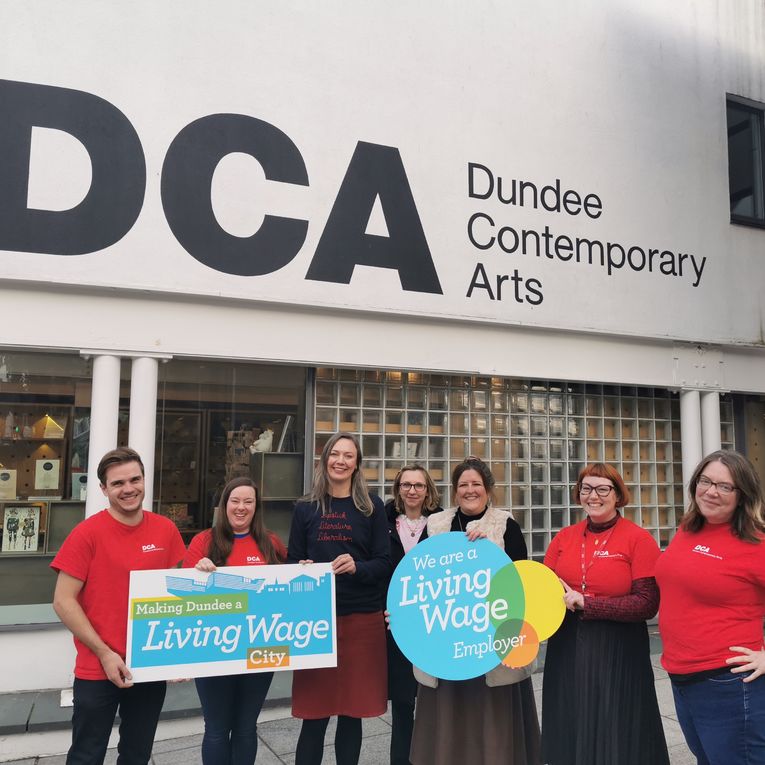 Dundee Contemporary Arts has been accredited as a Living Wage employer. Their Living Wage commitment will see everyone working at DCA receive a minimum hourly wage of £9.90 per hour. This new Living Wage rate was announced on Monday 15th November as part of Living Wage Week. This rate is significantly higher than the government minimum for over 23s, which currently stands at £8.91 per hour.

In 2019, Dundee became the first UK place to achieve recognition for their ambitious plan to become a Living Wage City, a place-based approach to driving uptake of the real Living Wage by local businesses. This ambition is strengthened by today’s announcement.

DCA joins over 90 accredited Living Wage employers in Dundee City who are working to ensure the local community and economy enjoys the benefits of the real Living Wage.

The real Living Wage rate this year has largely been driven by sharply rising fuel and rent costs.

This announcement comes during Living Wage week (15-19th November), an annual celebration of the real Living Wage in the UK.

Since 2011 the Living Wage movement has delivered a pay rise to over 52,000 people in Scotland and put over £310 million extra into the pockets of low paid Scottish workers.

“I am proud that DCA is now accredited as a Living Wage employer, which demonstrates our commitment to fair pay, to supporting staff, and to being part of Dundee’s wider ambition to being a Living Wage City.

“We have an incredible team at DCA: our staff are very much at the heart of everything we achieve as an organisation, so to be able to ensure that they are fairly rewarded for all of their hard work is extremely important. We believe that everyone deserves to be paid a decent Living Wage, and I’m happy that we’re playing our part to help make this a reality.”

“It’s fantastic to welcome DCA into the Dundee Living Wage Team. Paying the real Living Wage makes a huge difference as it helps tackle in work poverty, it allows workers to better provide for their families and to feel valued by their employers.

“Every employer in Dundee can help tackle low pay in the city, and the Dundee Living Wage City Action Group is available to help and guide local employers through any challenges they might face in committing to the real Living Wage.”

“The Living Wage accreditation of DCA is a signal of their commitment to raise awareness of the importance of the real Living Wage and helps set the standard for businesses in Dundee.

Workers need a wage that meets their everyday needs, but too many workers in Dundee and across Scotland are locked into poverty.”

I hope that more follow the lead of DCA and join the growing movement of businesses and organisations that are going further to ensure workers and their families have what they need to thrive.”

“We are delighted to welcome DCA to the Living Wage movement as part of this year's Living Wage Week celebrations.

We are a movement of over 2300 Scottish employers who together want to go further than the government minimum. Our growing network in Dundee includes a range of employers from Dundee Industrial Heritage and Discovery Credit Union to D.C. Thomson.

Employers like DCA recognise the importance of valuing staff with a wage that reflects living costs, and we hope to see many more employers following their example.” 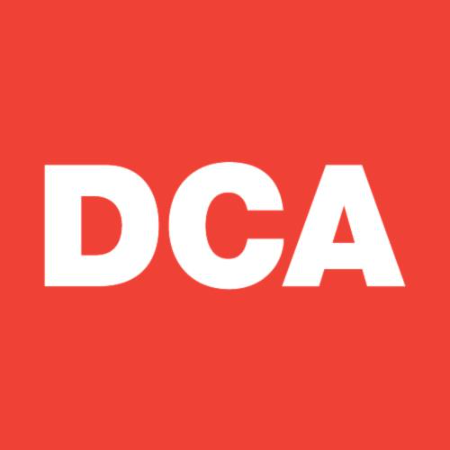 Dundee Contemporary Arts is a world-class centre for the development and exhibition of contemporary art and culture. This vision is delivered by the staff through our mission, aims and objectives and is supported by our key stakeholders.