Following MacRoberts recent update on The Pensions Regulator\'s compliance and enforcement work on auto-enrolment, it has published some wider findings on the impact of the regime in the third edition of its \"Automatic enrolment: Commentary and analysis 2015\" report which can be downloaded here.

First of all, the good news.  The Regulator states that, in the 12 months to March 2015, a further 2.2 million workers have been automatically enrolled in a pension scheme, bringing the proportion of active pension scheme members in the UK to 59%, compared with 47% in 2012.  Additionally, awareness and understanding levels among employers and advisers around auto-enrolment are now at an all-time high.

On the other hand, the increasing number of employers subject to auto-enrolment has, as anticipated, brought with it a concurrent rise in the number of enforcement measures taken by the Regulator.  This year saw the first ever use of its power to issue Escalating Penalty Notices – the total number issued in 2014-15 was five.  As a reminder, Escalating Penalty Notices carry a daily fine of between £50 and £10,000, depending on the size of the employer in question.  There were also 424 Fixed Penalty Notices and 22 Unpaid Contributions Notices served on employers.

Another notable statistic in the report is the increased estimate of the number of SMEs due to automatically enrol over the next three years: the Regulator had previously put this figure at 1.3 million; it is now believed that around 1.8 million SMEs will be subject to auto-enrolment obligations.  Some commentators are already pointing to a further strain on the resources of firms which provide auto-enrolment services as a result of this higher estimate.

With concerns about a \'capacity crunch\' in the provider marketplace, we encourage employers to check their staging dates and to ensure that they have a plan in place to deal with their auto-enrolment obligations as soon as possible.  Don’t wait for a letter from the Regulator: check your staging date here and plan ahead. 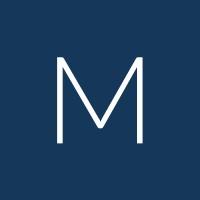