On the Apprenticeship Levy:

“Almost five months on from the Chancellor’s July Budget and we still appear to be no nearer identifying how the UK Government’s proposed Apprenticeship Levy will apply to large businesses in Scotland.  Yes, the Chancellor has announced the rate of the tax – 0.5% of a company’s payroll, where this exceeds £3m – but the detail of its application to Scottish businesses remains subject to agreement between the UK and Scottish Governments to resolve the practicalities of implementation and how this will affect the development of valuable talent in Scotland.  At a time when skills shortages are apparent across a number of our business sectors, businesses need clear answers to allow them to plan their investment sooner rather than later.  It is also interesting that the UK Government is looking to set up a new employer-led body to set apprenticeship standards and ensure quality.  This is a model which the Scottish Government should look closely at.”

“Although Business Rates are fully devolved to Scotland, it is increasingly clear that the reforms to be implemented south of the border will necessitate changes to the operation of Business Rates in Scotland.  The Chancellor has signalled the effective abolition of the Uniform Business Rate in England, with local councils there moving towards 100% retention of Rates raised in their own areas.  They will also have powers to reduce Business Rates and, in the case of city-mayors, to raise them with the consent of the local business community to invest in infrastructure projects.  This level of creativity on Business Rates has been absent in Scotland so far but with England now taking strides forward, it is time for the Scottish Government to engage with businesses and local authorities here to find a solution for Scottish Business Rates, which are now unfit for purpose.”

On the Scottish Government Budget:

“In terms of the knock-on effects of the Spending Review on the Scottish Government’s budgets, there is a clear shift from a real terms reduction in the revenue budget to an increase in capital funding over the course of the next four years.  This is sensible at a time when a key priority for Scotland must be the development of our infrastructure and growing our physical and digital connectivity to create the environment for businesses to succeed. Of course, the next Scottish Government will have the ability to manage more of its own revenue and we would encourage all of Scotland’s politicians to consider very carefully which measures would enhance Scotland’s competitiveness when developing their tax plans for the next Scottish Parliament.” 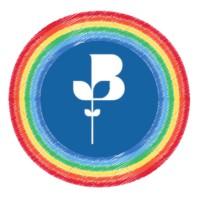