Scotched on The Rock 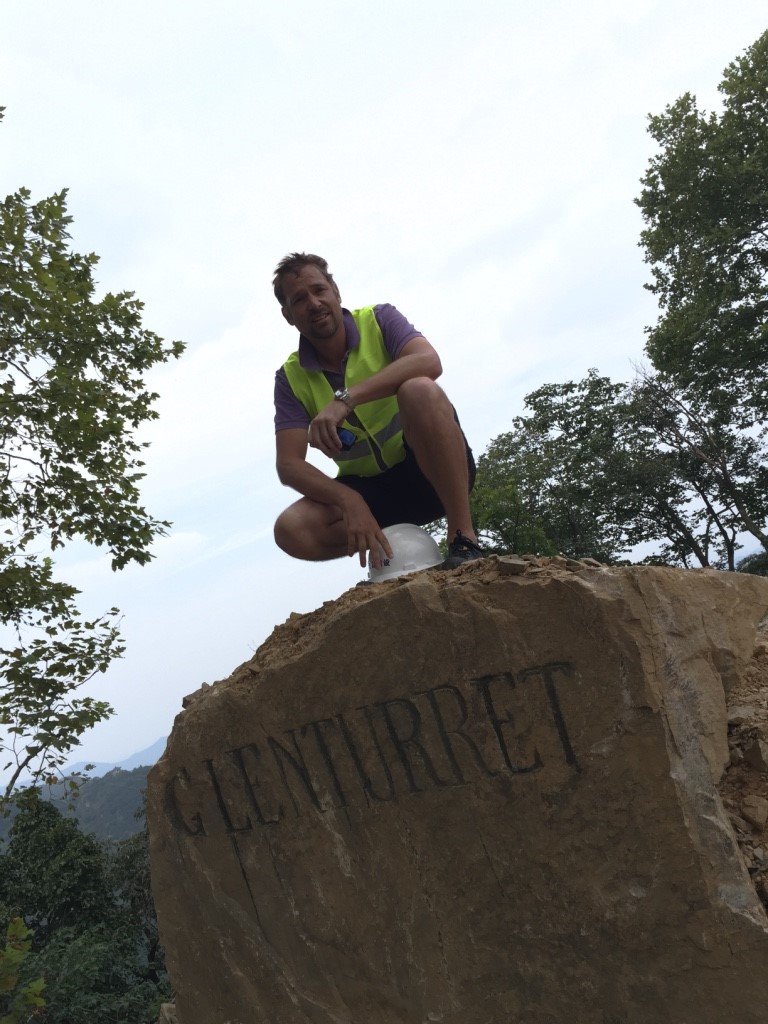 The story surrounding a giant piece of rock in China engraved with the name of a Scotch whisky has gone around the world and back again. Two months on, several leading academics have weighed in with possible explanations.

But, despite the theories, the ‘Scotch on the rock\' mystery remains unsolved.

The story broke after construction workers in China uncovered a rock with the word Glenturret, the name of Scotland\'s oldest working distillery. The discovery came during an excavation for a resort at Moganshan, a hilly holiday destination of China two hours from Shanghai. The developers of the resort know some of the property used to belong to Dr. Duncan Main, a Scottish missionary doctor who dedicated 45 years of his life to working in China in the late 1800s and early 1900s. What they were puzzled about was the connection to Glenturret.

Author, historian and China expert Robert Bickers came forward to solve at least part of the story. The University of Bristol professor uncovered a cutting from a China newspaper story in 1929 which confirms that Dr. Main named his house Glenturret.

Further investigation by Glenturret Distillery has uncovered that Dr. Main worked for a time at a shipyard in Glasgow. Dr Mark McLeister, a lecturer in Chinese Studies at The University of Edinburgh, suggested that there may be a link between his shipyard work and a steamship called Glenturret. The Distillery has learned that the ship was part of the Glen Line fleet owned by McGregor, Gow & Company in Glasgow and served the China tea trade.

Dr McLeister, who worked through archival material and books about Dr Main, added: \"There is also a Glenturret Street in Glasgow. Maybe that was somewhere he stayed while working in the city?The name obviously had significance for him in some way. There is the possibility that he made connections with family members from Glenturret Distillery whilst living in China.\"

Another academic fascinated by the story was Dr Christoffer Grundmann, a Professor of Religion and the Healing Arts at Valparaiso University in Indiana, USA. The area around Moganshan grew as a resort and a holiday getaway for foreign missionaries working in Shanghai and Hangchow, where the heat was sweltering in the summer months. Dr Main had planned to open a sanatorium but never did, according to Dr Grundmann. But he did open rest homes for ministers and workers on this particular site. \"From the photograph of the rock, it would suggest that this was a marker at an entrance of a property or estate inhabited by Scotsmen during the hot summers. Therefore it may carry significance not just for Dr Main but for one or more of the other Scotsmen living there,\" he said.

As the buzz surrounding the story has grown, online commenters have had fun trying to explain away the puzzle.

\"I\'m going for, the stone formed part of one of the castle turrets. Each turret had a name. This one was Glenturret, there was also a Lochturret, Heatherturret and a Shortbreadturret etc. Depending on the amount of turrets the place had,\" said a commenter by the name of ‘DemonEggy\' on Reddit.com.

\"Some Chinese businessman chiseled it in so that he could distil whisky and use the same name to try and pass it off as the original??\" suggested idonthavearewardcard

Alternative theories have ranged from the stone being an exercise in calligraphy to ancient traders getting a bit tipsy and deciding to chisel the name of their favourite whisky.

\"It\'s safe to say that the ‘Scotch on the Rock\' mystery remains a mystery. But, thanks to the efforts of these three talented academics, at least we have some solid theories on how the name Glenturret came to be engraved on a stone almost 5000 miles away.

He added: \"The missing link here is a relative of Dr Duncan Main or a resident of one of the rest homes. We\'d love for a family member of Dr Main or one of those residents to come forward and shed light on this. In the meantime, cheers to our three experts for spending their valuable time on this fascinating story about a Scotsman in China.\"