Still Smiling After 20 Years of Business 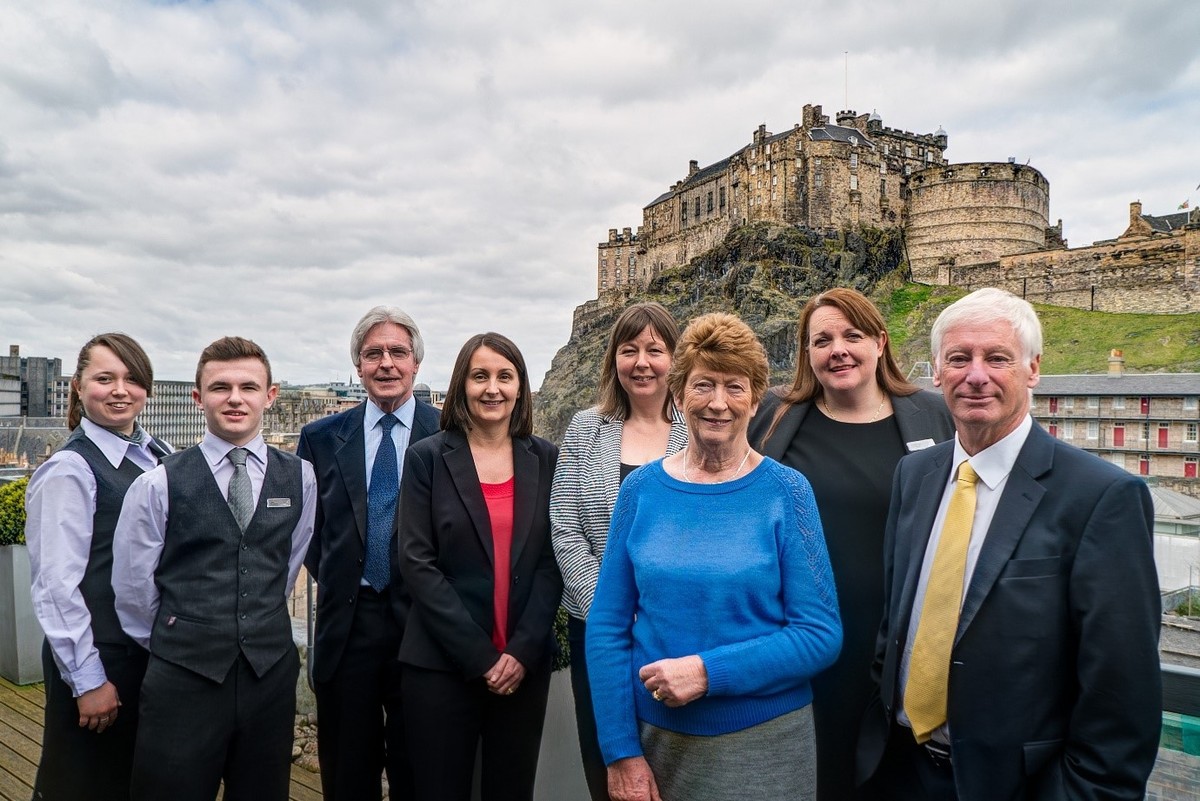 (Photo – Norman Springford, founder, his wife Dorothy, four Apex staff who have been part of the Apex family since launch and Liam and Viktoria, the two latest apprentices to join Apex, all on the balcony of the Apex Grassmarket Hotel.)

On 29th April 1996, Norman Springford opened his first Apex Hotel in Edinburgh’s Grassmarket. The 127 rooms, each selling at a fixed rate of £39.95, were adorned with pictures on the wall bought from IKEA in Newcastle and transported back to Edinburgh in Norman’s wife’s Volkswagen polo. Norman set out by hiring a core team of experienced people, many of whom are still part of the Apex team today, and began seeking staff with the right attitude rather than the right experience.  As he points out in the company manifesto, “If a team member has a smile, we can train them to accomplish anything.”

Retaining the all-important family ethos was critical.  According to Springford, “I used to know every member of staff and their families.”  This commitment to creating an extension of the family remains undiminished’ In the recent Apex Hotels TV commercial to promote the ‘Warmer Welcome’ offered in its hotels Apex used real staff not actors to genuinely communicate this brand ethos. Over fifty staff volunteered, with eight staff selected to appear in the final cut.

Working on the front desk provided the opportunity to listen to customers.  “‘I learned more in 15 minutes on the front desk than in a whole day spent in the office.”  Unfortunately, his enthusiasm to help out was not matched by his customer service skills and Springford was persuaded to stick to running the business.

It was apparent from listening to customers, however, that despite 300 ducks going missing in just six weeks, guests felt guilty about taking home the trademark rubber duck left in each room.  So a poem to encourage guests to help themselves was printed and secured by a tartan ribbon.  A limited edition platinum duck to celebrate the 20th anniversary and designed by staff is the latest addition to the duck family.  The name ‘Springy’ was selected and voted for by members of Apex Hotels’ social media community and you may be lucky enough to be greeted by him this summer when you enter your Apex room.

Apex Hotels has since grown to 930 staff across nine hotels in Edinburgh, London, Dundee and Glasgow with 10,000 rubber ducks per month going home with guests.  Due to open in the summer of 2017, the £35m, Apex City of Bath Hotel will have 177 bedrooms, a swimming pool, gym, conference and meeting facilities for more than 420 people.

In an industry dominated by global hotel chains, Apex Hotels is still family owned with the reins now passed onto the next generation.  Norman’s son, Ian, is now Chairman. Ian also runs his own successful architect practice, ISA, which is responsible for design and build of new Apex Hotels. The IKEA prints have long since been replaced by the photography of Norman’s other son David’s photography is themed around the cities in which the hotels are located. Norman’s wife Dorothy and daughter Jo also sit on the board.