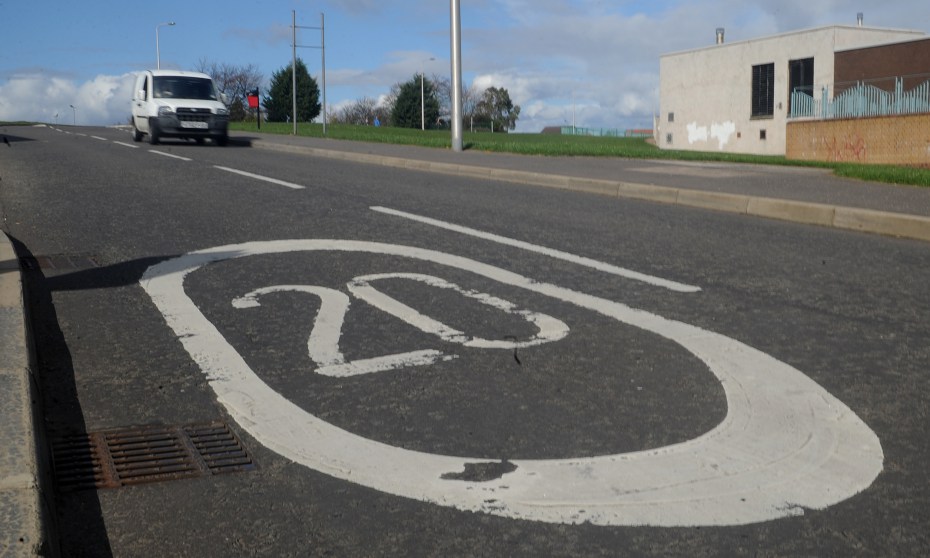 Dundee City Council launched a consultation in its proposal to reduce the speed limit to 20mph across vast tracts of the city.

Although principal roads such as the Kingsway, Perth Road and Lochee Road would be unaffected, hundreds of other residential streets would be given 20mph speed limits.

The consultation closes on June 30. The local authority will then analyse the responses before councillors are asked to vote on the changes.

Bill Campbell, depute convener of Dundee City Council’s city development committee, said: “The considerable amount of work that we have been doing with partners in neighbourhoods across the city to promote the consultation has been generating a lot of interest.

“But it is important that anyone who has an opinion makes it known to us before the consultation finally closes on Thursday so that if we bring forward proposals for changes later in the year they reflect as accurately as possible the wishes of our communities.”

He added: “I am pleased to say that the number of road accidents in the city is at an all-time low but one injury is one too many and when evidence from around the country shows that bringing in 20mph zones can have benefits, I think it is vital that we investigate any measure that can help us with that and reduce accidents and injuries.

The council has already introduced or approved 20 mph speed limits in new residential developments such as Western Gateway, Lothian Crescent and around the new schools on Harestane Road.

At the launch of the consultation councillors were told that while there are many roads in the city where a 20mph limit may be acceptable and appropriate, there are other more strategic roads where it is not.

People can give their responses online at www.dundeecity.gov.uk/20mphconsultation

Road safety charity Brake has said it is “wholeheartedly” behind the plans and that reducing speed limits has been shown to save lives.