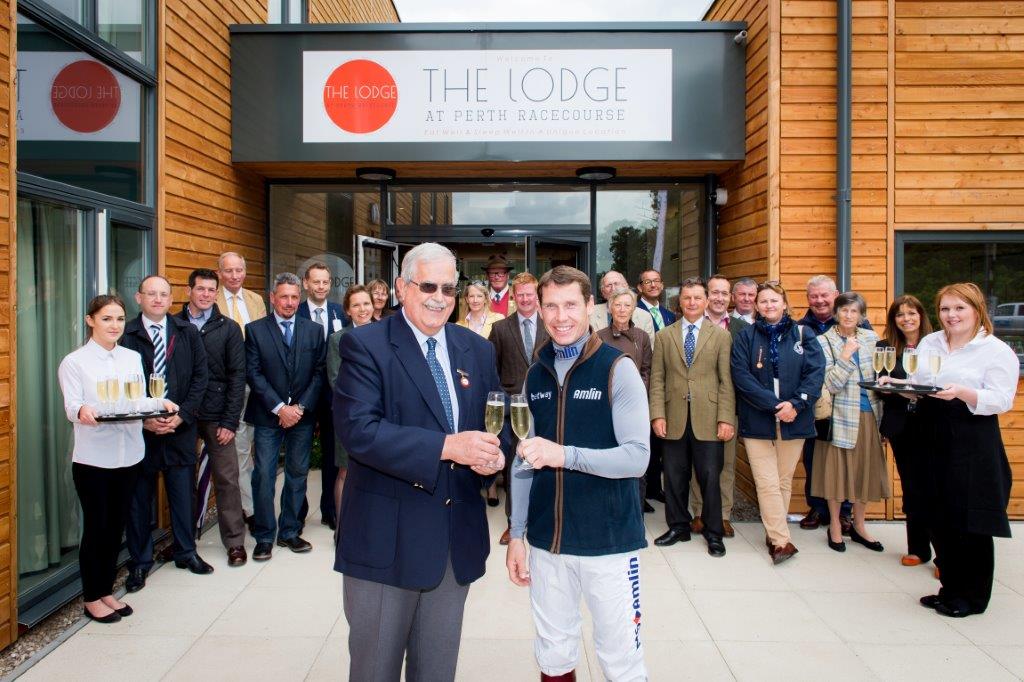 They were joined at the opening by chief executive Hazel Peplinksi, former general manager Sam Morshead and George McGrath - Chief Executive  of the National Association of Stable Staff.

Richard Johnson toured The Lodge and was impressed, saying: “It’s a fantastic facility at Perth for the stable staff but also a top facility in Perth to stay outwith racing. I’m sure The Lodge will be truly appreciated by the hard-working stable staff after the hard graft of a raceday and it’s perfect timing  that it’s opening during Stable Staff Week.  I might even try and get a room here tonight!”

George McGrath followed suit in praising the development, saying: “Perth are leading the way in stable staff accommodation with this new facility.  People these days, everyone in fact, expects a level of accommodation and The Lodge surpasses that easily.”

The new development is part of an ongoing investment in Perth’s facilities aimed at creating new revenue streams for the popular independent racecourse, and further boosting its credentials as one of the jewels in the crown of Scottish racing. Situated in one of the most picturesque racing venues in Britain, The Lodge will provide complimentary accommodation for stable staff around race days, with the visiting public able to book and enjoy the facility all year round.