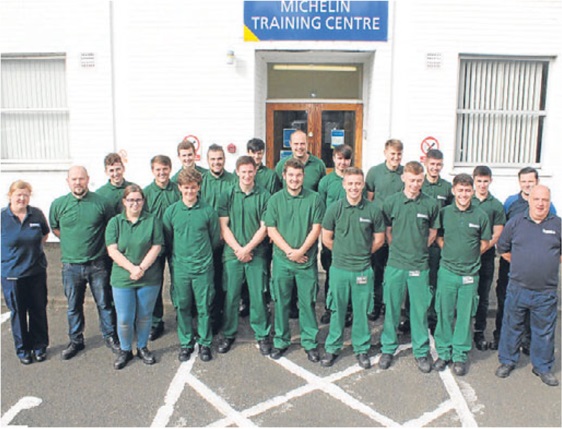 Included in the intake are recruits from other manufacturing companies throughout Tayside and Fife, as well as two adult apprentices who are changing career from production departments within Michelin to become engineers.

David Ormond, 30, has worked for Michelin for five years and has also served in the Territorial Army as a royal electrical engineer.

He said: "I had always wanted to pursue a career in engineering as my father is an engineer and I spent a lot of time in and around his factories.

"Watching things being designed and then assembled looked so satisfying and I always enjoyed working with my hands.

"When the apprenticeship came up I didn’t think twice, it is a great opportunity to get the career I always wanted and one I thought I had lost."

He will be joined by 31-year-old production operative John Thomson who is also making a change into engineering.

You can read more from The Courier online