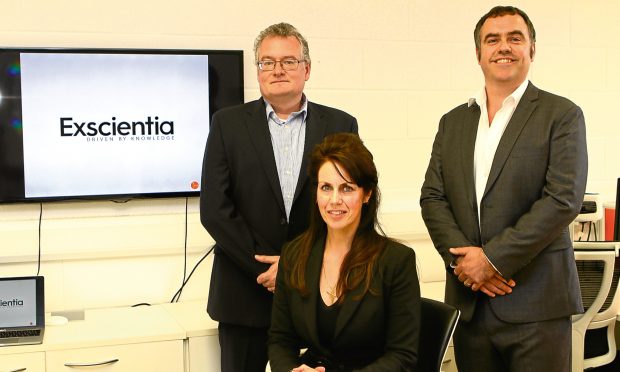 The new investment has been secured from German giant Evotec AG, a group which has one of the largest drug discovery platforms in the industry and more than 1,800 scientists at its disposal.

The relationship between the firms has now expanded with Hamburg-based Evotec injecting €15m in to Exscientia.

The cash will allow the Dundee firm – which operates out of a small office space within the Technopole incubator off Hawkhill – to scale-up its operations.

“Working with Exscientia on a joint immuno-oncology project over the past year, we have experienced first-hand how its AI approaches, along with our medicinal chemistry platform, can positively and radically impact drug discovery.

“We are very excited about the joint potential to leverage AI in chemistry. This investment is also the first time that we can efficiently use our recently awarded €75 million loan facility from the European Investment Bank to bring down cost of capital for such an investment.”

“Exscientia and Evotec have built a close relationship over the past year sharing mutual interest in agile innovation,” he said.

“We are delighted that Evotec has made this investment for a minority equity stake, allowing Exscientia to deliver more drug discovery projects in a rapid and capital efficient manner.

“I’m also delighted that Dr Mario Polywka, chief operating officer of Evotec, will join Exscientia’s board of directors, allowing us to benefit from his strong operational expertise in growing successful biotech companies.”

Diane Taylor, director of research and innovation services at the University of Dundee, said, “In a short period since spinning out from research led by Professor Hopkins at the University, Exscientia has established itself as a world leader in the field of AI technology.

“This investment by Evotec is a further boost to our research, innovation and commercialisation activity at Dundee.

“We have seen an all time high in licensing royalty income in 2016/17, and have been confirmed as one of the best universities in the UK at securing research income from industry.”

Frontier IP, a specialist in the commercialisation of intellectual property which has invested in a number of businesses arising from Dundee and St Andrews universities, said it was “pleased” to see the investment in Exscientia, which is among its portfolio of companies.

It said the resulting revaluation of the group’s holding in Exscientia will be reflected in the group’s final results, which are due to be published next month.