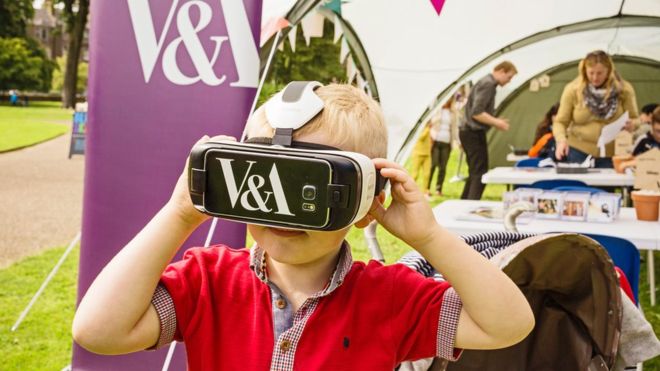 Dundee's V&A Museum said it has engaged with more than 100,000 people in its pre-opening programme.

The five-year programme has included exhibitions, talks, and community events.

The announcement was made at a Scottish Parliament reception to celebrate the £80.1m museum ahead of its opening on 15 September.

The collective is drawn from people aged between 16 and 24 from diverse backgrounds across the city, as part of Scotland's Year of Young People 2018.

The pre-opening programme included the Schools Design Challenge in Dundee's Overgate Centre and an exhibition at the Milan Design Triennale.

V&A Dundee director Philip Long said: "Design is fundamentally about improving people's lives, and from the start of V&A Dundee we've put people at the heart of our programme.

"We've gone out to them, in schools, community halls, shopping centres and even a mobile travelling gallery."

The museum said films of its architecture, museum objects and community projects have been viewed more than a million times, with a further million visits to its website.

Scotland's culture secretary Fiona Hyslop said: "The V&A Dundee team are doing an amazing job capturing the imagination of people of all ages and from all walks of life, promoting the forthcoming museum opening in September, and inspiring a love of Scottish culture, creativity and design country-wide."

The museum's opening exhibition will be Ocean Liners: Speed & Style, which will "re-imagine the golden age of ocean travel".

It will also feature Charles Rennie Mackintosh's fully-restored Oak Room at the centre of its Scottish Design Galleries.

You can find out more about this by heading to the article by BBC News.