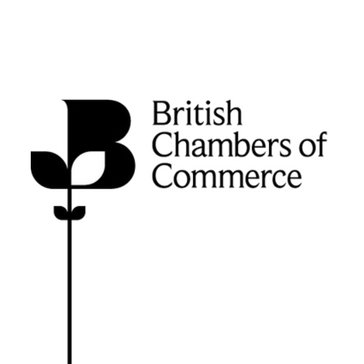 The British Chambers of Commerce, in partnership with DHL, today  publishes its latest Quarterly International Trade Outlook, based on survey and documentation data from UK exporters. The Outlook shows exporters are being hampered by widespread labour shortages, particularly in manufacturing, where two-thirds of firms struggled to recruit in the first quarter of 2018.

Both sectors are being severely hampered by the prevalence of skills shortages. Of those recruiting, 66% of manufacturers and 57% of services exporters are struggling to find the right staff, according to the survey of over 3,300 exporters. In the manufacturing sector, the greatest difficulty was in finding skilled manual and technical labour (66%) and in the services sector, it was professional and managerial level positions (53%).

Addressing the growing skills gap is a joint responsibility for business, government and the education sector. Companies themselves must do more to invest in training, but to do that they need to be confident that the apprenticeship and training system is fit for purpose – particularly with regard to the apprenticeship levy and the implementation of new frameworks, where businesses have raised significant issues to government in recent months.

The continued lack of clarity over future immigration rules – and business access to skills from overseas – is also a key issue where urgent action is required.

The survey also shows that in the manufacturing sector, growth in export sales and orders remain stable, while they slowed slightly for the services sector in the first quarter of 2018.

Elsewhere, the BCC/DHL Trade Confidence Index, which measures the volume of trade documents issued by accredited Chambers of Commerce for goods shipments, increased by 2.24% on the quarter, and stands at the second highest level on record.

Key findings from the report:

“At a time of significant uncertainty and change, it’s pleasing to be able to report that many UK exporters are doing well. Yet many tell us that their future prospects are being constrained because it’s becoming harder and harder to recruit the people they need to grow.

“Businesses with global ambitions are facing critical skills gaps at just about every level. The combination of decades of constant change in the training system, declines in immigration, and tight local labour markets are stopping many firms from making key investments. A stable training system, a reformed apprenticeship levy, answers to practical questions around Brexit and clarity on the UK’s future immigration regime are urgently needed. Get these right, and exporters all across the UK will take risks, invest and grow.

“Price pressures continue to weigh on business, with manufacturers particularly feeling the pinch from costs at the factory gate. While the fall in the pound has provided a boost for some exporters, it’s been a drag for others, who report rising costs for inputs and components. While politicians exhort firms to do their purchasing closer to home, our evidence suggests that for many firms, import substitution isn’t currently a viable option – as many companies simply can’t find or afford the inputs they need on the UK market.”

“The positive Trade Confidence Index, increasing by 2.24% on the previous quarter to be the second highest on record, resonates with the success we’re seeing from UK businesses trading internationally.

“There are of course still many challenges for UK businesses, as this report highlights. The skills shortage is a significant concern, which is why it’s more important than ever to consider your retention strategies and people development programmes. Brexit is also driving considerable uncertainty, and businesses should broaden their portfolio of international markets to spread risk in these changing times. We join the BCC in pushing for decisions to be made to allow UK exporters to continue trading with confidence, as seamlessly as possible.”