Water’s Edge, the new Grade A commercial office development at Dundee’s waterfront, has secured a trio of award wins, with the Tayforth Properties’ owned building claiming another accolade at the Scottish Awards for Quality in Planning, one of the Scottish Government’s most prestigious awards. This follows hot on the heels of the recent prestigious Dundee Civic Trust award win.

Designed to celebrate achievements in planning, Water’s Edge won in the Place category, which recognises innovation in an architectural building or place, either built or natural.

This latest award swiftly follows the double award win at the recent Dundee institute of Architects awards ceremony, in which Water’s Edge claimed the award for Best Interior Design and Best Rehab/Regeneration project, with a commendation for Best Commercial/Non-domestic building.

One of Dundee’s original transit sheds, known as “Shed 25”, Water’s Edge received another coveted award earlier in the month from the Dundee Civic Trust, which recognises and celebrates the development’s outstanding contribution to the urban environment. This award acknowledged the efforts made to make the building as energy efficient as possible, whilst honouring it as an impressive example of a building which has been brought back to life and still remaining sympathetic to its original design.

Officially launched on 26 June 2019, Water’s Edge is a completely reimagined approach to leased office space. The vision of the co-owners, Scottish tech entrepreneurs Chris van der Kuyl and Paddy Burns, is for Water’s Edge to be a place to inspire, connect and energise 21st Century business innovators, entrepreneurs and freelancers. Now a thriving place of work, with only one unit remaining to be let, Water’s Edge is home to a wide variety of tenants, from sectors including games, renewables and social enterprises.

Stewart Clark, Managing Director of Tayforth Properties, commented: “We’re absolutely delighted to have won this latest award at one of the Scottish Government’s most prestigious awards ceremonies. Once again, the innovation which has gone into the planning of Water’s Edge has been recognised and highly praised and is a testament to the hard work which has gone into making Water’s Edge the success that it is. It’s been a fantastic month for the team with the award recognition from the Dundee Civic Trust, coupled with the two awards and commendation received from the Dundee Institute of Architects earlier in the month.”

Water’s Edge is situated between Camperdown Dock and Victoria Dock at City Quay in Dundee’s Maritime Quarter. Businesses who are interested in finding out more about Water’s Edge should visit www.watersedgedundee.co.uk 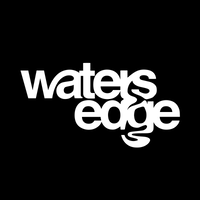