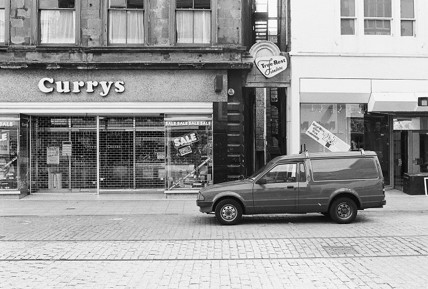 For many years the True-Rest Furniture sign was one of few surviving fragments of Old Dundee. Proudly displayed above an unnamed close on the SE corner of the Murraygate, the sign became a relic from times gone by.

That was until 2014, when the sign was sadly removed from the close after a fire devastated a neighbouring building. Many locals took to the internet to campaign to save the sign. Something that had over time become a core feature of the Dundee high street.

5 years later… and the question on everyone’s mind still remains. What happened to the True-Rest Furniture sign?

Following the destruction of the fire in 2014, DHET took the sign in with plans to restore and re-erect it nearby. It was upon hearing about the restorations taking place here at the Old Flour Mill, that trustees from DHET suggested that the Mill would be a fitting new home for the sign- both due to its central location and of course its strong connection to Dundee’s past.

Together we (DHET and Flour Mill Dundee) funded the refurbishment of the True-Rest Furniture sign. Which as you can see in the image below, is now majestically mounted on the walls of the Flour Mill Business Lounge. The sign, although kept inside for protection, is visible to all passers-by through the main entrance windows of the Mill.

The sign itself is advertising a Scottish furniture brand from the 1950s and 60s. We have been unable to find any official records of a shop by the name of True-Rest Furniture. However there are several newspaper clippings from the time that advertise “True-Rest” sofas at many local Scottish stores. There is also a reference in a 1966 newspaper article to “True-Rest Upholstery”. Which as you can see carries a similar aesthetic to the branding of the True-Rest Furniture sign.

Not only is this sign a refreshing reminder of Old Dundee but it reflects the true entrepreneurial spirit of this wonderful city. From mills, to Minecraft, to locally owned high street shops. Dundee has a thriving business community.

We hope that by preserving this much loved public treasure people will be reminded of Dundee’s past successes, and be encouraged by the potential of Dundee’s future. 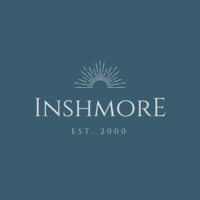 We redevelop older buildings to provide workspace for SME and micro businesses.