Forth Ports boosted by more work into Dundee 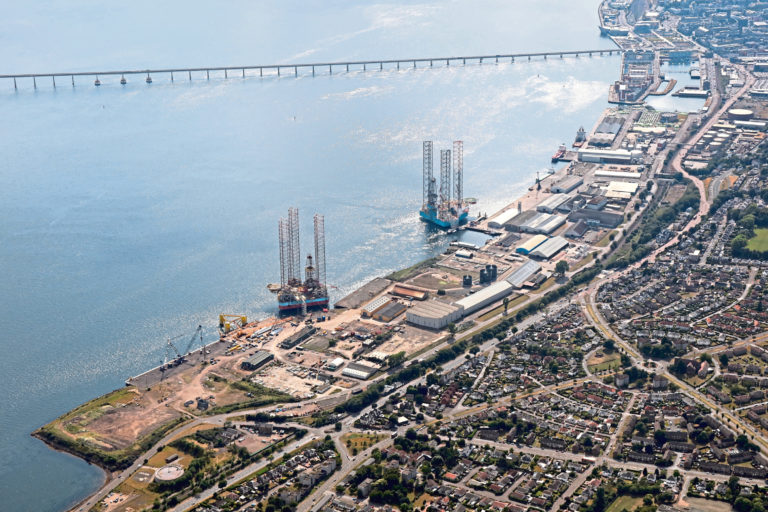 Forth Ports has eight ports across the UK, including Rosyth, Burntisland, Kirkcaldy and Methil as well as the Port of Tilbury, London’s closest port.

Chief financial officer Carole Cran said: “The group continued to deliver good levels of activity and profitability in 2019 which contributes to our resilience as we work through these difficult times.

“The Port of Dundee had a good year on the back of increased North Sea oil and gas revenues and jack up drilling rig related activity.”

Ms Cran highlighted that the Port of Dundee was selected as the base for the assembly of all 54 turbines for EDF Renewables’ Neart Na Gaoithe (NnG) offshore wind farm.

Forth Ports plans to invest more than £40m into the city port, which will go towards a new quaysides and resurfacing of between 25 and 40 acres of land.

“Dundee will see continued investment totalling £40m over the next few years as we create a new quayside and undertake associated works for the NnG offshore wind project with Siemens,” Ms Cran added.

“This work will further enable the port to handle both offshore wind and oil and gas decommissioning projects.”

Article written for The Courier by Rob McLaren, read the full article online