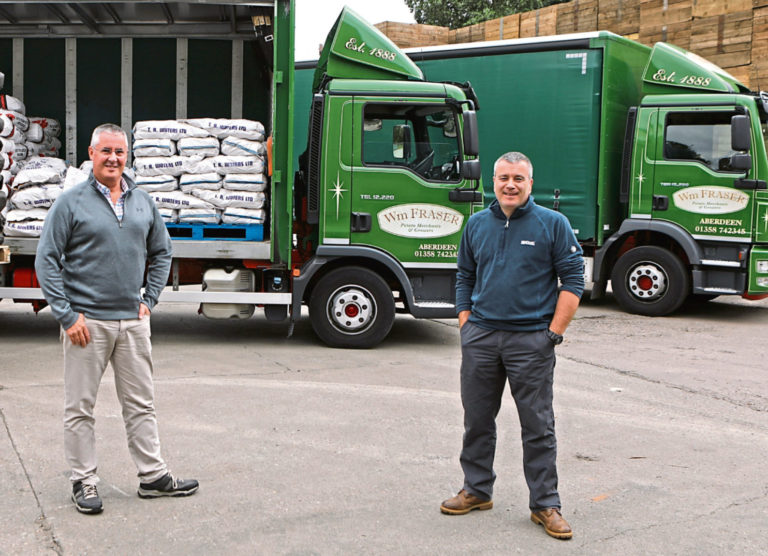 North-east seed tattie growers have taken a major step closer to a key domestic market with the acquisition of a leading chip shop supply business.

Grampian Growers yesterday added a subsidiary of the long-established Aberdeen company William Fraser Potato Merchants to their portfolio, and the four staff members and three lorries which supply potatoes to 80 chip shops from Elgin to Peterhead and south to Perth and Dunkeld will now relocate to the growers’ base at Logie, Montrose.

More than 50 tonnes of English chipping potatoes will be hauled north for distribution every week from ware growers in Cambridgeshire and Lincolnshire, where most of the best chipping varieties – Agria, Markies, Maris Piper and Sagitta – are grown.

Grampian Growers managing director Mark Clark said the co-operative already had strong relationships with some of the English growers who are expected to attend the co-op’s open day at Wisbech next week, where European chipping varieties will be on display.

“Buying the chip shop supply business from William Fraser was a natural fit for us,” he said.

“We already sell seed to some of the ware suppliers we’ll be buying from, and we have partnerships with companies in Holland which control some of the seed wanted by the chip shops, so we hope to be able to offer more growers access to these varieties in future.”

Mr Clark said the deal would also mean the Montrose base being fully utilised 12 months of the year, and it would be working at “maximum capacity” in future.

He added: “All the profits from the William Fraser supply business will go back to members as they will be reinvested.

“The potato supply trade was severely affected by lockdown but is now back to 85% of its pre-Covid turnover.”

Jon Halliwell, who has managed William Fraser for the last 19 years, will be re-employed by Grampian Growers and continue in his role.

He said customers would see no change to “any aspect of the first-class quality of the service they are used to”.

It is one of the leading exporters of seed potatoes and daffodil flowers in Scotland and the largest exporter of daffodil bulbs in the UK.