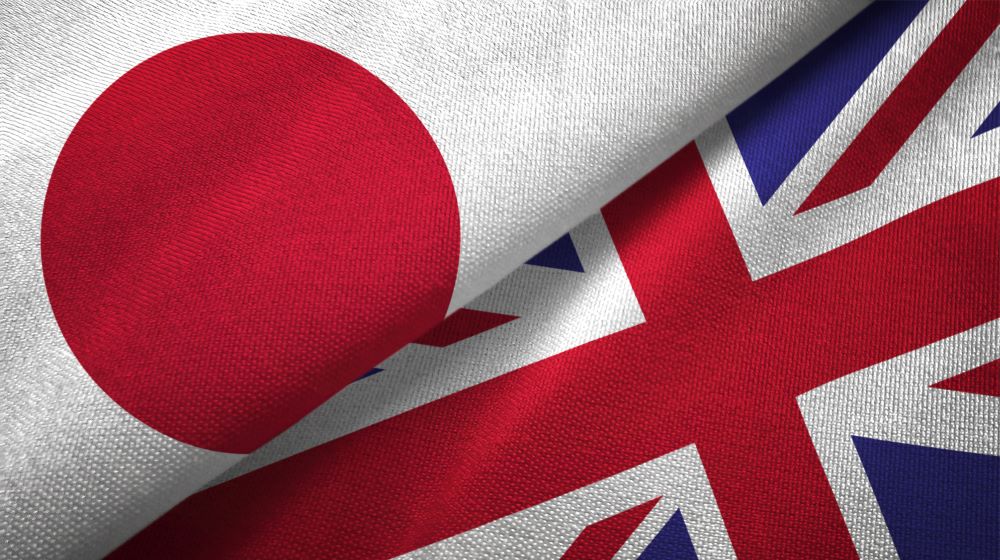 The UK has struck its first major post-Brexit trade deal after signing an agreement in principle with Japan which aims to boost trade by about £15bn.

She said it would bring "new wins" for British businesses in manufacturing, food and drink, and tech industries.

Critics said while the deal may be of symbolic importance it would boost UK GDP by only 0.07%, a fraction of the trade that could be lost with the EU.

Friday's deal still needs approval by Japan's parliament. Trade representatives there forecast the agreement should get clearance by January.

"The agreement we have negotiated - in record time and in challenging circumstances - goes far beyond the existing EU deal, as it secures new wins for British businesses in our great manufacturing, food and drink, and tech industries," she said.

"From our automotive workers in Wales to our shoemakers in the North of England, this deal will help build back better as we create new opportunities for people throughout the whole of the UK and help level up our country."

She added that, strategically, the deal was an important step towards joining the Trans-Pacific Partnership and placing Britain at the centre of a network of free trade agreements.

Major Japanese investors in the UK such as Nissan and Hitachi would benefit from reduced tariffs on parts coming from Japan and streamlined regulatory procedures, the UK's trade department statement said.

Prime Minister Boris Johnson has said Brexit gives Britain the freedom to strike trade deals with other countries around the world.

Business leaders welcomed the agreement, but stressed that securing a deal with the EU remained the most important goal.

The director general of the British Chambers of Commerce, Adam Marshall, called the announcement a milestone, but added: "Whilst this agreement is undoubtedly cause for celebration, securing a Free Trade Agreement with the EU remains critical to the future of businesses in the UK.

"We urge ministers to redouble their efforts to reach a comprehensive partnership with our largest trading partner at a crucial time in the negotiations."

The CBI also hailed the agreement, with director general Carolyn Fairbairn saying this "breakthrough moment" can be the first of many.

"It's a huge opportunity to secure new Japanese investment across a wider range of sectors and UK regions," she said.

You can almost hear the sighs of relief echoing around Westminster and within the business community.

After much wrangling, the first deal of the Brexit era has been struck, which ensures that 99% of British goods can enter Japan without tariffs, or extra charges.

But ultimately, this deal largely mirrors the agreement that already exists between the EU and Japan. And with trade with Japan accounting for just 2% of the UK's total, the expected boost to GDP - 0.07% or £1.5bn over the long term - is a tiny fraction of what the UK stands to lose by foregoing its existing relationship with the EU.

And while this deal has been struck in record time, it hasn't been quite as speedy as either side hoped.

The UK was keen to demonstrate that it can score added benefits from going it alone, while Tokyo was minded to show that it was not going to grant a more favourable deal to a single country than to a large trading bloc such as the EU.

The bumps may not bode well for other, more complex negotiations.

About 99% of exports between the two nations will be tariff-free under the deal, with a particular focus on the food and drink, finance and tech sectors.

Manufacturing parts coming from Japan will benefit from reduced tariffs, as will British pork, beef and salmon travelling in the opposite direction.

Japan's Foreign Minister Toshimitsu Motegi said: "It was a very tough negotiation, but we reached the agreement in principle in about three months, at an unusually fast pace.