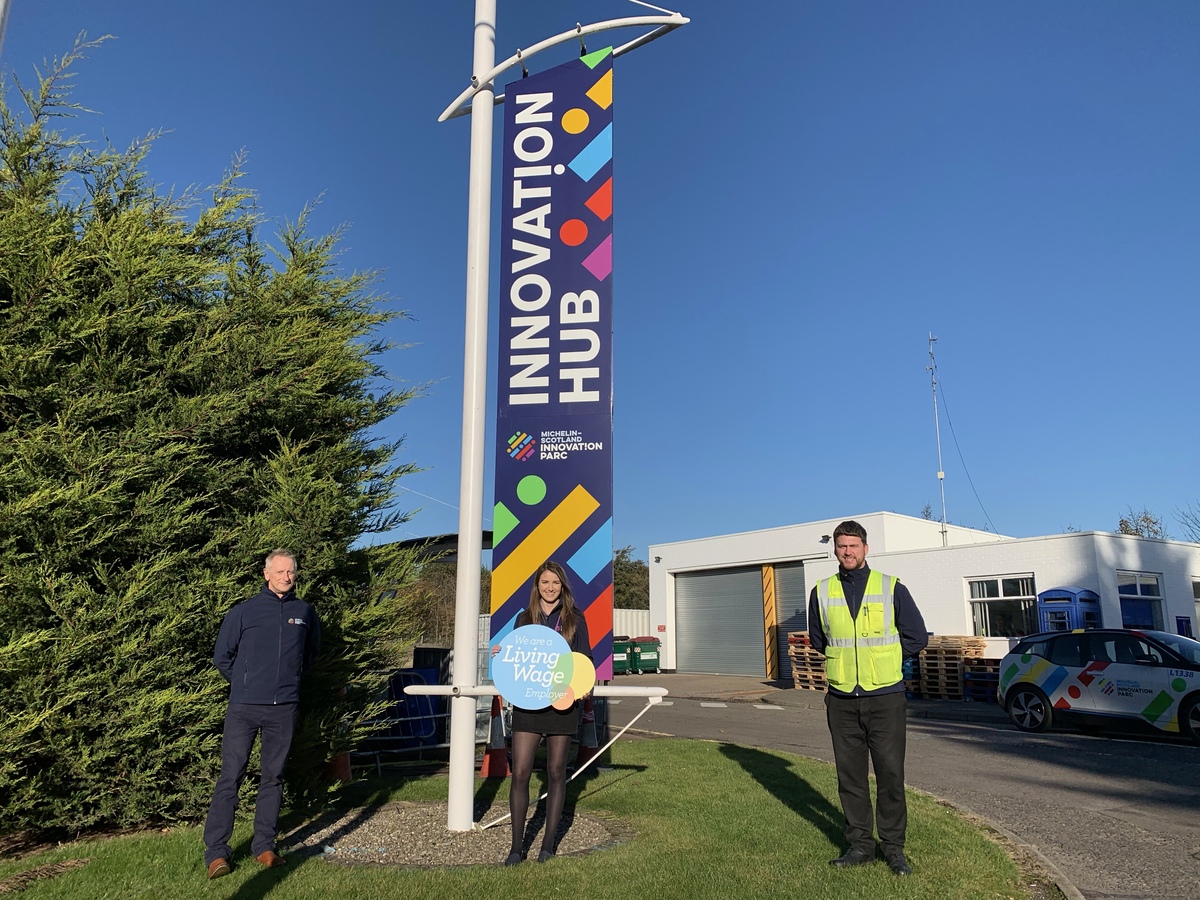 Michelin Scotland Innovation Parc (MSIP) has become an accredited Living Wage employer, announced as part of Living Wage Week (9-13 November), an annual celebration of the Living Wage in the UK.

The accreditation of MSIP follows the launch in 2019 of plans to make Dundee a Living Wage city, when an alliance of prominent employers in the city joined forces to promote the benefits of the real Living Wage to more employers. Starting from a baseline of 51 accredited employers, the Living Wage City effort has seen an increase in Dundee employers signing up for accreditation.

Greig Coull, CEO, Michelin Scotland Innovation Parc said: “Since MSIP was established in 2019, the values of our core partners have helped to shape the culture of MSIP, and that includes the principles of fair work and being a real Living Wage Employer.

“As well as paying our direct and indirect staff at least the real living wage or higher, now and in the future, we also aspire to create an environment at our Innovation Parc where those that locate here will also pay the real Living Wage.

Dundee City Council leader Councillor John Alexander said: “It’s great news that Michelin Scotland Innovation Parc (MSIP) has become an accredited real Living Wage Employer. This is a positive announcement and shows that real progress is being made at MSIP.

“These are incredibly difficult times for businesses and employees, and ensuring that employees are paid the Living Wage remains hugely important.

“We remain committed to achieving our ambition of making Dundee the first Living Wage City and this takes us a step closer.”

“It will now join more than 1,890 accredited employers who pay at least the real Living Wage to their workers, demonstrating their commitment to fair work practices.”

We are delighted that MSIP, as a prominent employer based in Dundee have confirmed their Living Wage status for workers. Their accreditation is a significant contribution to Making Dundee a Living Wage City and to the broader Living Wage movement.”

Peter Kelly, Director of the Poverty Alliance said: “The Living Wage accreditation of MSIP is a signal of their commitment to raise awareness of the importance of the real Living Wage, and to help set the standard for businesses in Dundee.

“Workers need a wage that meets their everyday needs, but too many workers in Dundee and across Scotland are locked into poverty.”
“I hope that more follow the lead of MSIP and join the growing movement of businesses and organisations that are going further to ensure workers and their families have what they need to thrive.”