History found in the fabric of Brechin’s new affordable homes 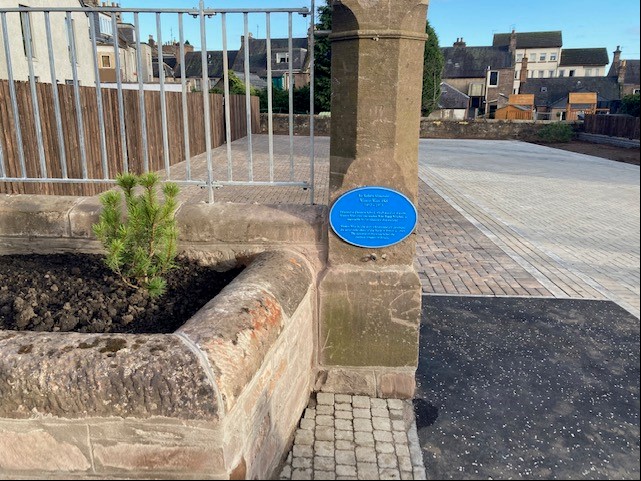 There is a rich seam of history that can be detected in Angus Council’s new affordable homes at Brechin’s Damacre Road.

The ten new homes, in a range of sizes designed to meet the local community’s needs, regenerate a site formerly occupied by Damacre School, which played a formative role in many Brechiners’ lives over many decades. Angus Council’s design team wanted to retain some of that important history for future residents to appreciate. As such, slate from the old school has been incorporated into the roof facing Damacre Road, and stone has been carefully preserved and transformed for use as pillars. The existing stone wall and railings have also been kept on the road front, framing the character of this development.

The Council were also delighted to work with Angus historian, Steve Nicoll, to incorporate a tribute into the project to the school’s best-known former pupil, Sir Robert Watson Watt, who died 47 years ago on 5 December 1973. A blue plaque attached to the stone walls commemorates his time at the school and the significant contribution he made to the outcome of World War II.

Mr Nicoll said: “This plaque now forms the fourth in a local scheme that recognises places of significance in Brechin. Three of them are dedicated to Brechin’s most famous son and ‘lad o pairts’, Sir Robert Alexander Watson Watt. One at Union Street, another at Maisondieu School and now here at Damacre.

“It’s so important to remember that every great individual had to start somewhere, and Brechin is justifiably proud of providing an education that endured, a talent that transformed, and a humility that honours”.

Angus Council’s Communities Convener, Cllr Mark Salmond said: “We’re proud to be delivering this housing development at the heart of Brechin. This is a vital housing scheme that will increase the supply of affordable homes for residents. It is also a pleasure to see that it retains the historical connections with Sir Robert Watson-Watt.

Pert Bruce Construction are the main contractor and they have made additional contributions to the local area during the construction. They sponsored several local events and used many local suppliers in the development, while also creating the opportunity for apprentices to gain valuable experience on site.

The Damacre Road properties are all built with the future very much in mind - they are highly energy efficient homes incorporating solar panels, that will ensure lower carbon emissions, as well as more affordable energy bills for tenants. Fibre connections are also integral to the homes, to ensure access to high speed broadband, helping tenants to work or study from home more effectively.

Sir Robert Alexander Watson Watt FRS was a brilliant scientist and in the vanguard of efforts to repel a Nazi invasion of Britain in 1941. His inspired leadership of the team that developed Radar assisted the RAF to win the battle of Britain against the Luftwaffe in the skies over southern England. Operation Sealion, the planned invasion of Britain, was cancelled as a result of the genius of Sir Robert.

A grateful nation rightly showered him with praise and awards. Arguably, his timely contribution changed the course of the war and its eventual outcome. Sir Robert went to extraordinary lengths to acknowledge that he owed everything he had achieved to his primary education at Damacre School in Brechin and teacher Bessie Mitchell.

Damacre School stood on this site a few hundred metres from his birthplace in Union Street. The school may be gone but the immeasurable contribution it made to Watson Watt, and this nation, has not been forgotten. The blue plaque is a permanent reminder of the importance of a ‘guid Scottish education’.

Pert Bruce are a medium-sized specialist construction company based in Montrose, Angus. We service the whole of the North East of Scotland although our principal areas of operation extend from Dundee to Aberdeen. A family-founded business, with roots in the local area dating back to 1871, Pert Bruce are renowned as a construction company of diverse capabilities that are rooted in our commitment to both our chosen marketplace and our loyal, motivated and highly skilled workforce. At any given time our book will purposely contain a varied roster of work ranging from £25,000 domestic projects all the way up to £4m manor house conversions, with clients ranging from private individuals through to blue-chip industrial clients, architects and leading developers. 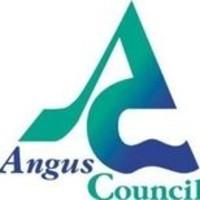 Angus Council works to create strong secure communities, an enterprising workforce, and sustainable development over the range of public services for which it has responsibility. We are a customer and citizen focused organisation and work to deliver accessible, effective and efficient services for the county\'s population.