If goods are imported from the EU to the UK... 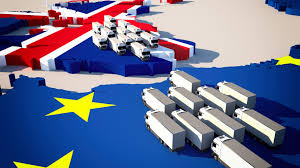 The trade agreement only covers goods which qualify as being of UK origin as per the rules of origin which can be found in the annexes of the trade agreement here: https://www.gov.uk/government/publications/agreements-reached-between-the-united-kingdom-of-great-britain-and-northern-ireland-and-the-european-union

The same applies to EU goods being exported to the UK which must be of EU origin to qualify.

This has caused a lot of confusion and made the news https://www.bbc.co.uk/news/55648201 regarding M&S Percy Pigs.

The Government may try to change the rules at a later date but for now this is how they work per the agreement.

Rules of origin are going to be challenging for UK business to adapt to especially if they have only previously traded with the EU.

To clarify the regulations in the UK EU agreement, allow for preferential origin to be declared in two ways:

There is no grace period regarding the above and one or the other has to be used now to claim preferential origin to benefit from the zero tariffs agreed in the agreement. However, there is a 12-month grace period for companies to get the evidence together to support these claims. From January 2022 customs authorities can ask for the evidence support the claims made in 2021 and going forward.

Rules of origin are an inevitable consequence of the UK leaving the EU single market and will put an admin burden on both UK and EU business. Some businesses will no doubt conclude it is easier and cheaper to pay the tariffs than keep the required paperwork. There is software commercially available that can help companies prepare the necessary Bill of Materials (BoM) as evidence that their goods meet the origin rules but of course these also come at a cost.

Without the UK re-joining the single market it is hard to see how this burden can be removed. Rules of origin are part of all trade agreements.

Returned Goods Relief is a possible solution to the issue. However, it will not work for all companies and creates additional paperwork.

You can read more about Returned Goods Relief here: https://www.gov.uk/guidance/pay-less-import-duty-and-vat-when-re-importing-goods-to-the-uk-and-eu