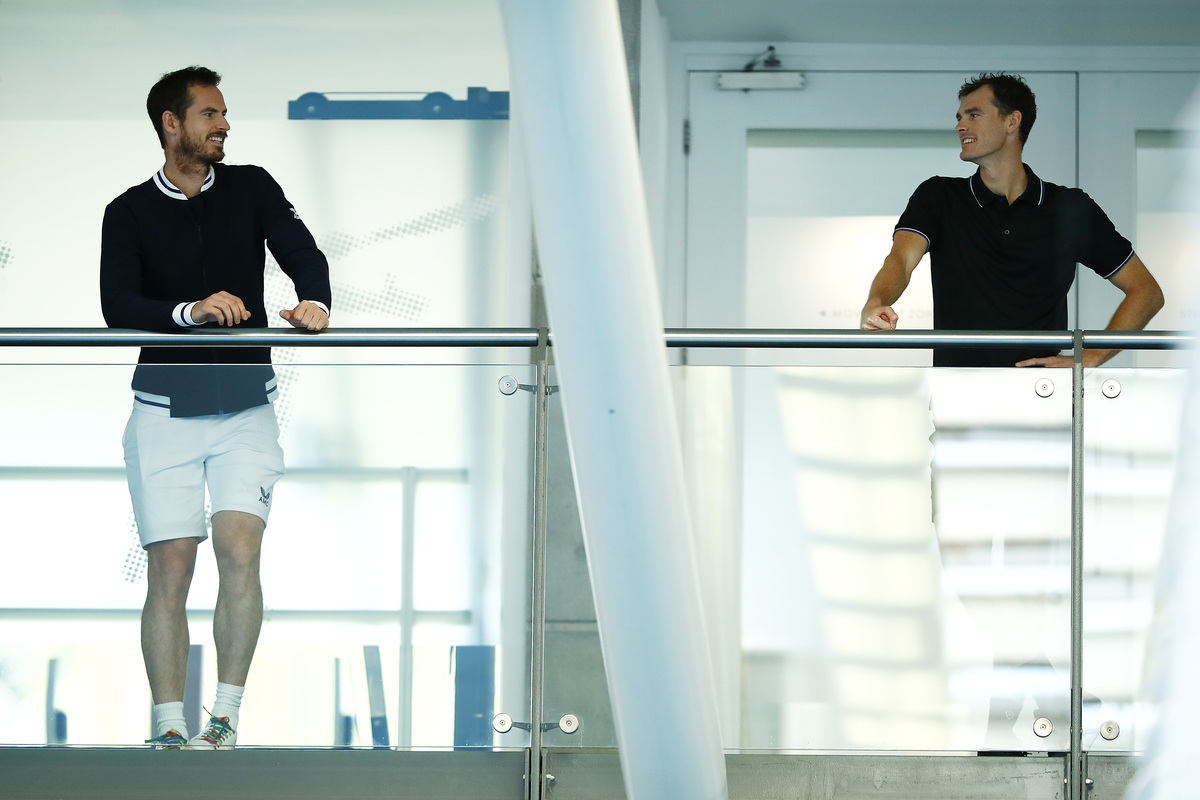 Jamie Murray is back in his Tournament Director’s chair and bringing live tennis to Scotland with a special Battle of the Brits - Scotland versus England event to be held on 21-22 December 2021 at Aberdeen’s P&J Live Arena.

Players competing for the trophy will include Jamie, seven-time Grand Slam champion in doubles and mixed doubles, former World No. 1 in men’s doubles, and Davis Cup winner, and Sir Andy Murray, the former World No. 1, two-time Wimbledon champion, US Open and Davis Cup winner and two-time Olympic champion. The tournament will give Scottish sports fans their first chance to watch the Murrays play live on home turf since Andy took on Roger Federer in the Andy Murray Live event in Glasgow in November 2017.

A Scotland team spearheaded by the Murray brothers will face tough competition from an England line-up that is set to feature their Davis Cup team-mate Dan Evans. At 28 in the world rankings, Evans is currently the UK’s No.1 male player and recently won his first ATP Tour title in Melbourne. Evans, from Birmingham, is known for his entertaining tennis and feisty on-court demeanour.

A full list of players, and a broadcast partner for Battle of the Brits – Scotland versus England will be released in the coming weeks.

Jamie Murray said: ‘I am super excited to bring live tennis to Scotland. Andy and I have had some incredible experiences competing as part of Team GB in Davis Cup in Scotland but to be able to represent Scotland is such a unique opportunity for us especially against England! I would love to think Andy's and my achievements can inspire a passion for tennis in Scotland and help build a lasting legacy for the sport here. Bringing big tennis events to Scotland is a huge part of that - this will be an amazing two days of tennis and entertainment for all the family.’

Louise Stewart, Head of Entertainment at P&J Live said: 'We are thrilled to be hosting this unique and exciting event at P&J Live. This will be the first ever tennis event to be held at the north east of Scotland’s events complex. We will be ending the year on a high!'

The event itself will feature six matches, four singles and two doubles, played over an intense two-day period. This domestic event follows the successful launch of ‘Battle of the Brits’ in July 2020 at the National Tennis Centre in Roehampton, which was followed by a high-profile mixed team event the following month and a third men’s and women’s singles tournament last December at the same venue.