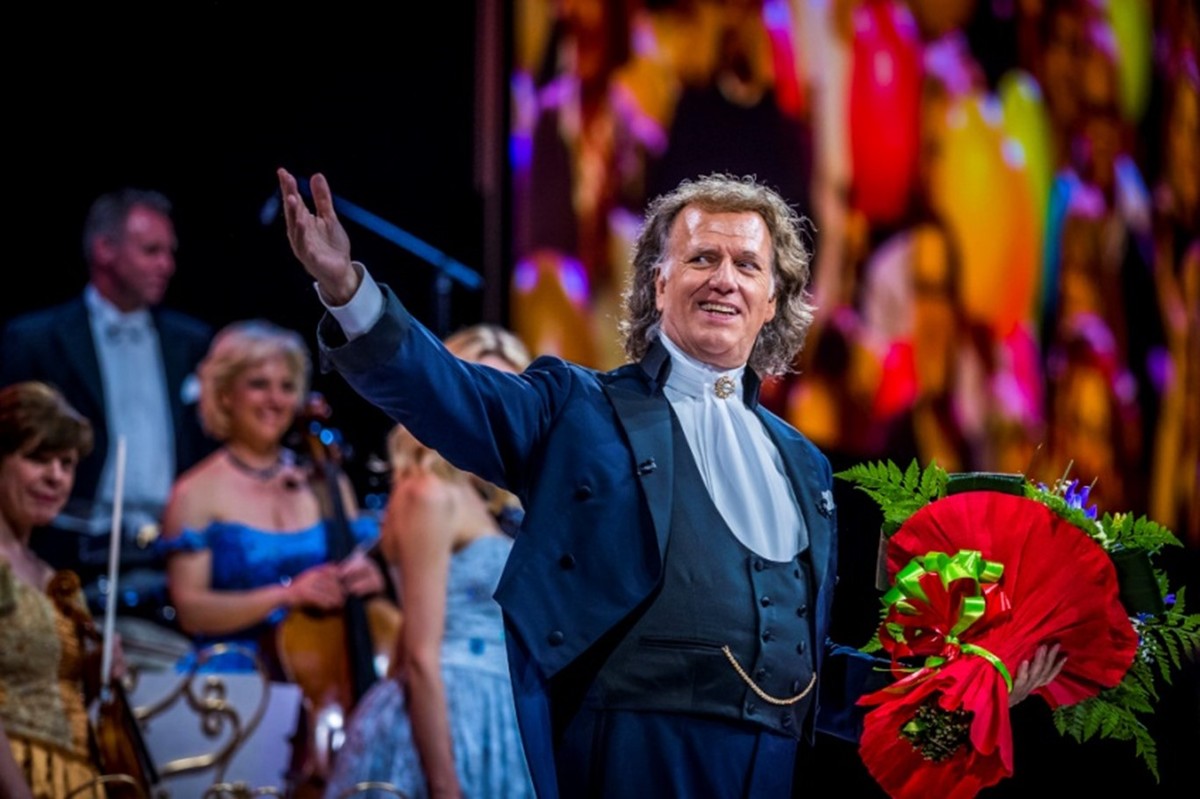 André Rieu is thrilled to announce additional concerts in the United Kingdom and Ireland during his World Tour next year. André Rieu and the Johann Strauss Orchestra have added Aberdeen to the schedule and will play P&J Live on Sunday 24th April 2022 for a special matinee performance at 3pm. Tickets will go on sale on Friday 26th March 2021 at 10am. The Dutch violinist’s UK & Ireland tour kicks off in Manchester on 20th April 2022.

André Rieu says: “My dear friends, we are absolutely thrilled to announce an additional concert dates in Aberdeen, Birmingham, and Dublin in 2022. The past months have reinforced our passion for music, our desire to perform for you, our impatience to jump back on stage. My orchestra and I can still hear your laughter and see your smiles! COVID-19 has delayed our concerts, it will not conquer our spirit. Thank you for your loyalty and patience and please stay healthy. See you in 2022! Much love!”

Louise Stewart, Head of Entertainment at P&J Live says: “It’s great to see next year’s diary fill up and to finally be announcing new shows. We have been working for some time now to bring Andre Rieu back to Aberdeen for his first show at P&J Live, we know just how adored he is by his North East fans following his festive performance at AECC back in 2015, and we know this is going to be a hot ticket!”
Violin superstar André Rieu has made classical music accessible to millions around the world and has turned the waltz into an international sensation, recently extending his record as the highest grossing classical artist in Billboard’s Boxscore history. Further, he continues to be the classical act with the highest attendance regularly outselling the world’s top pop and rock stars. Rieu has had football crowds swaying to Shostakovich and has sold over 40 million albums. His romantic and joyful programs include a mixture of light classics, waltzes, music from film and opera as well as pop songs, performed by his Johann Strauss Orchestra, the biggest private orchestra in the world.

His concerts are also a visual treat, from the sight of Rieu and his musicians entering through the crowd and up on to the stage at the beginning of the concert, to the lavish costumes and the vast screen behind the orchestra displaying beautiful imagery tailor-made for each song. André Rieu performs for over half a million people each year. His YouTube videos have reached far over one billion views and 8 million fans follow the “King of Waltz” on Facebook. His latest album “Jolly Holiday” has reached top 10 positions in many countries, including the UK Pop charts. André Rieu will return to the United Kingdom and Ireland in 2022 with his full orchestra, soloists and choir for his three-hour concerts.

André Rieu is not just for an evening. He is for life!