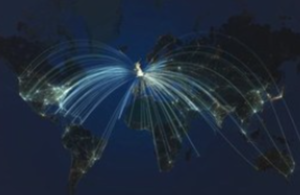 The trade hubs in Edinburgh, Cardiff, Belfast and a new second major DIT site in Darlington, will be established as part of a new strategy to boost exports and bring the benefits of the government’s global trade policy to the whole of the UK, including benefits from future free trade agreements with the US, Australia, New Zealand and CPTPP.

They will mean exporters have a direct feed into UK trade policy, and can better take advantage of opportunities in fast-growing markets like the Indo-Pacific region. The trade hubs will also create a critical link between the regions and the resources of the Office For Investment – a joint initiative with the Prime Minister’s Office – to channel investment money into every UK nation and region.

The trade hubs will be home to teams of export and investment specialists, who can provide businesses with expert support and advice to help them:

The launch of the trade hubs marks the start of a major export drive, which will see DIT focussed on promoting British exports from all parts of the UK, to help level up the country, build back better, and support a resilient economy as outlined in the government’s Integrated Review.

Earlier this month government-led research showed exports support 6.5m jobs across the UK, 74% of which are outside London. The research estimates jobs directly and indirectly supported by exports pay around 7% higher than the national median, with Office for National Statistics estimating that goods exporting businesses are also 21% more productive.

The new trade hubs will also support the launch of high-profile export campaigns due to launch later this year, that will seek to maximise export potential and boost UK enterprise in global markets, following the recent launch of the food and drink export campaign. Last year, goods exports from the North of England, Scotland, Wales, and Northern Ireland were £98.4bn.

International Trade Secretary Liz Truss said:
I’m determined to use UK trade policy to benefit every part of the UK. These Trade and Investment Hubs will help this country to an export and jobs-led recovery.

They will mean we can channel investment into all corners of the country, and that exporters – whether they’re selling Scotch beef, Welsh Lamb or cars made in the North of England – have access to the expertise they need to sell into the fastest growing markets.

550 staff are expected to be present in the hubs by 2025, with an ambition to increase this to 750 staff by 2030. An existing DIT Hub in Edinburgh announced in September last year, will see a significant increase in headcount following its relaunch today.