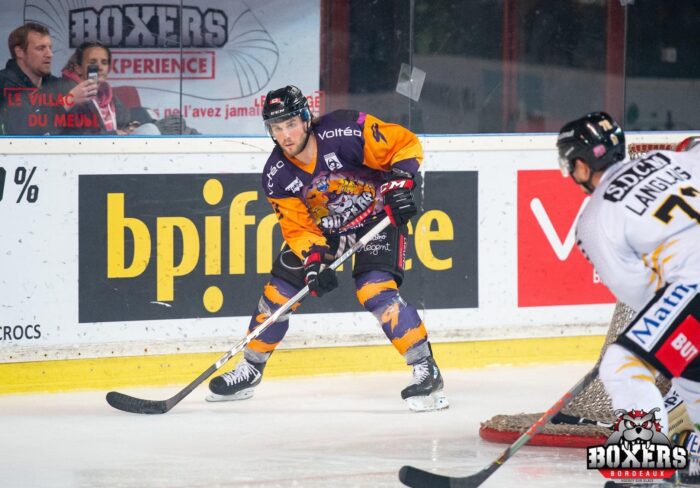 The Kitmart Dundee Stars are delighted to confirm the signing of forward, Alexandre Ranger for the 2021-2022 Elite League campaign.

The 25-year-old joins the Stars and brings with him a total of five years of professional hockey experience, after competing in the American Hockey League and the East Coast Hockey League for four seasons.

Ranger most recently iced with Bordeaux in the French top division, Ligue Magnus, where he played in 34 games and contributed 14 points (9G, 14A).

The Canadian won a silver medal at the Canada Winter Games back in the 2010-2011 season but is now ready for another campaign across the pond from his homeland.

After completing the deal with his first new import signing, Stars GM and Head Coach, Omar Pacha said: “I am delighted to have Alexandre joining us for this season.

“We are getting a player that plays with such high intensity, with such speed and he adds a lot of grit, making him a guy that is tough to play against – and that is something we maybe lacked last year, a guy that can be a bit of a rat and get under the opposition’s skin.

“He plays with that edge to his game and that is something we really needed but also you can see from his career in juniors and parts of his pro career, that he can add a bit off offence too.

“When you build a team, you want to have a guy that can add a bit of energy and can spark momentum and I believe Alexandre could be that guy for us.”

Pacha continued: “He skates really well and has maybe healed a few injuries after having a year off but also looked back on what he needed to improve on in his game and he is going to come over in great shape for next season.

“When you look across our line-up, you will see him as a versatile player and a guy that can add different dimensions to that line-up, whether that be his grittiness in front of goal or in the corners or being tough to play against and playing with that edge – which is something every team needs and he is the guy that we identified as being a key aspect for us.”

Ranger then shared his own thoughts on signing in Dundee and more about what made his first move to the UK happen.

He said: “I am excited to be joining the Stars but the choice to sign in Dundee was not too hard.

“I know a few guys that have played here in the past and I spoke to them, along with my agent, Nic Riopel, who played there also and they all gave great recommendations and told me that it is a nice place to play and that everyone is really friendly.”

Explaining his decision to not play last season and how that brought him to Dundee, Alexandre then added: “I did not play last year due to COVID and it was just so hard to find something secure, because I did not want to go overseas and have my contract terminated because of COVID.

“So, I made the decision to stay here and let things settle down a bit and I got a job here in Canada, working as a mailman.

“Then I had the chat with Nic and I told him that I really wanted to go back to Europe and asked him to find me something and then he told me the Stars were interested and from there it just turned out really well for me.

“I had a really nice chat with Omar right before I signed and he told me about how great the city is and we talked about the hockey side of things as well.

“We had the same visions and ideas, which just made me feel like I was going to the right place and that I could fill the spot that he had in his line-up.

“So, I am looking forward to winning games as a Star and I would love to win a title with Dundee but just the overall experience itself has me excited to get started.”

The LaSalle, Quebec native has spent most of his career playing at a high level in North America and it all began for him back in 2011, when he joined Quebec Major Junior Hockey League side, Baie-Comeau Drakkar.

In the 2011-2012 season, the winger put up six points in 46 matches before scoring twice for Canada Quebec U17’s at the World Under 17’s Hockey Challenge Tournament.

The following year, the 5-foot-11-inch forward would score 24 points and a further four in the playoffs, before doubling that total in his third QMJHL season.

In 2014, Ranger was traded to Chicoutimi Sagueneens for his final year of junior hockey and he had a career best season, scoring 55 points (26G, 29A) in 56 regular season matches.

He was also picked to paly in the QMJHL All-Stars match that year and was an alternate captain for two matches.

Then during the 2015-2016 season, he turned pro with Norfolk Admirals in the ECHL and played 45 games, totalling 23 points, before also making his AHL debut with St John’s Ice Caps in his rookie year.

Alexandre had won a professional try-out contract with St John’s and went on loan to the Montreal Canadiens AHL affiliate, where he provided two goals and an assist in 17 appearances.

During the 2016-2017 campaign, the 185lbs forward, who shoots on his right, started the season with Norfolk before being loaned out to the AHL again, this time with San Antonio Rampage (Colorado Avalanche’s AHL affiliate).

He then spent a full season with the Oilers in 2017-2018 and contributed 23 points (7G, 16A) from icing in 47 matches, but the Canadian was then traded to another East Coast team, this time joining Orlando Solar Bears.

Although, after less than two months in Florida, he was claimed off waivers by state rivals, Jacksonville IceMen, who then traded him to Allen Americans, a few weeks later.

After 33 appearances for Allen, Ranger had recorded seven goals and nine assists but that would be his last season in North America, as the following summer saw him sign with Bordeaux.

In his first year of European hockey, Alexandre score 15 points (5G, 10A) across the regular season, playoffs and French Cup.

Alexandre is our fourth signing of the summer and joins Drydn Dow, Craig Garrigan and Kris Inglis on the roster for next season.

You can get your season tickets to watch these four players and the rest of the team in the 2021-2022 campaign by contacting: commercial@dundeestars.com 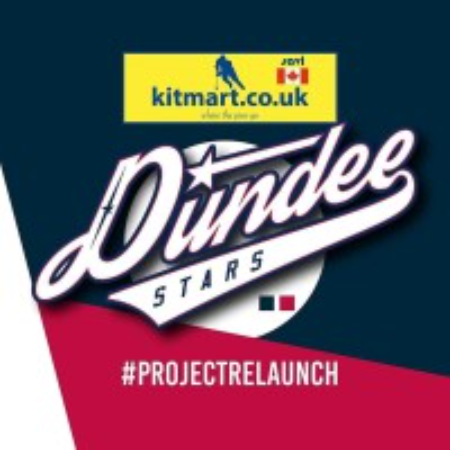 The Dundee Stars are a professional ice hockey team based in the Scottish city of Dundee. They were formed in 2001 and play their home games at the Dundee Ice Arena.