He combined painting and decorating with a football career with St Johnstone and Raith Rovers before WW1 intervened.

Now, the business established in a small Meigle shed in 1921 by wartime sergeant Gordon Bannerman is celebrating its centenary.

Bannerman Decorators – along with The Colour Studio run by brothers Ewan and Bruce – is one of the oldest family-owned painting firms in the UK.

The business, which is a member of the Dundee and Angus Chamber, now employs 30 staff at bases in Dundee and Perth.

Celebrations have been put on hold by the pandemic.

But father Bill (91), is proud that the third-generation firm is going from strength to strength.

“There’s very few businesses ever celebrate their centenary and remain in the same family,” he said.

“It’s quite an achievement and one we are all proud of.

“We have always moved with the times. That is the secret. My father always looked to tomorrow and embraced change.

“So many businesses have the attitude that ‘we have always done it this way.’

“The changes in the industry since I retired 25 years ago are incredible.

“For instance, modern tinting machines are amazing. You couldn’t stock all the colours they can produce.

“Then there’s health and safety, which has changed mostly for the better.

“We used to clamber up a three-part ladder, up a fair height, with an apprentice standing at the bottom beside a main road keeping an eye open.

“If a ladder was a wee bit short for a job you’d balance it on a pair of steps and up you went! You certainly wouldn’t get away with that these days.”

Mr Bannerman recalls the early days of a business set-up at a time of mass unemployment in the past-war period.

“My dad was encouraged by local landowners like the Cox family to set-up his own business covering Meigle and Coupar Angus. He had a motorbike and sidecar to get around.

“Even in my time, after WW2 there were a number of firms operating in the town, like the Gilzeans – one of them was the grandfather of Alan, the Scotland and Tottenham footballer – the Browns, the Robertsons and the Bannermans.

“There must have been 30 painters working in a small place like Coupar Angus around 1950. It’s incredible really.

“I first started working after school. The interest was always there.

“At various stages, my brothers Telford and Doug, and sister Sheila, were all involved in the business, with Norman – who is still involved in The Red House hotel – and my wife Vera doing the books and wages.

“Paint didn’t come in tins when I started. Metal was needed for guns.

“You’d get distemper paste and paint delivered in one hundredweight drums. You’d only have white, black, brown, blue and green.

“It was all a far cry from today where a computerised machine can turn out thousands of colours that are an exact match time and time again.

“There was never any waste. When a job was finished any leftover paint was emptied into an old drum. In the winter, when things were quiet, this would be stirred and sieved.

“The strange things is that no matter what went into the drum, it always came out much the same colour. Much of it was used for rhones and down pipes and in Coupar Angus. It toned in with the stonework.

“I remember cycling to a job at Meikleour school and getting around Coupar Angus with a ladder slung over the shoulder with pots balanced at either end. The bigger, heavy ladder would go on a barrow.

“Most of the time we’d use the bus to get around to jobs. We knew all the bus conductresses!

“When we moved to Perth in the early sixties, our first store was in a stinking, near-derelict Paul Street tenement close to the City Mills.

“It was due for demolition but it was handy because you could open a window and slide in a full-length ladder through the living room and bedroom.

“Moves to Milne Street, Elibank Street, Marshall Place, Fairies Road and the current Colour Studio in the Dunkeld Road followed down the years.

“We have worked all over, on many of the big country houses and we painted Blair Castle twice.

“I remember jobs in the far north of Scotland and as far south as Harrogate. But the boys are quick to remind me they topped that by doing one in France!” 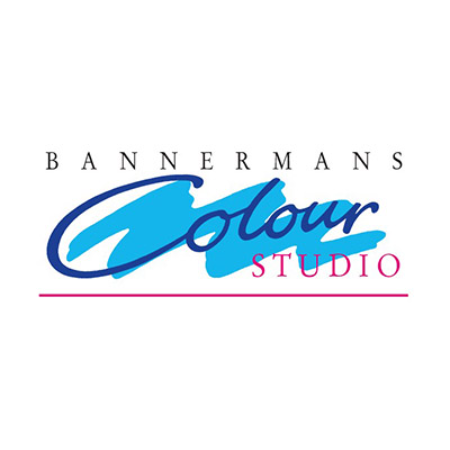 A family run supplier of quality paints, wallpapers and decorating products, selling to trade and retail for over 30 years.