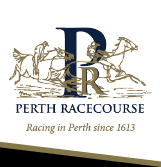 Having taken what felt like an eternity to open his Perth account, Richie McLernon is after more success on the Scone track’s bumper 98-runner, nine-race fixture on Tuesday evening.

The Irishman’s strike on Lake Baikal last month was his first winner at Britain’s most northerly racecourse at the 46th attempt. His latest three mounts include River Frost for trainer Ben Haslam in the night’s highlight, the Perth Thank You SHS Stadium & Arena Safety Handicap Chase.

McLernon said: “It took me a while to get off the mark but I did it eventually. I had about half a dozen seconds, including a couple on Lake Baikal, but I can’t think of any hard luck stories. It’s a lovely track to ride round and the ground and the prize money are usually pretty decent.”

Charlotte Jones is another big fan of Perth and she has three mounts starting off with No Hiding Place for her boss Jimmy Moffatt in the Thank You Auto Services Perth Handicap Hurdle.

“It is always a course I seem to do well at and I had my latest success at the track on Golden Town just last month,” Jones said. “I’ve had three winners in all from only seven rides and our local course, Cartmel, is the only place I’ve ridden more.”

Scotland’s leading jumps trainer Lucinda Russell faces a hectic night as she is sending a mammoth raiding party of 17 horses on the short trip from Milnathort up the M90 to her local course.

Four-time champion jockey Richard Johnson has four rides starting with Rose Dobbin’s Chosen Flame in the opening Thank You Cherrybank Garage Handicap Hurdle which has been split into two divisions.

Clerk of the Course Matthew Taylor provided the following update on conditions earlier today: “We are currently Good to Soft, Good in places and it’s a dry overcast day so far. The forecasts for tomorrow all suggest we could catch some showers but there is a high degree of uncertainty over how much in total, even at this stage.”

The bumper Tuesday turnout continues a positive 48 hours for Perth after Sunday’s announcement that bet365 have come on board to provide valued sponsorship of the Scottish venue’s Gold Cup Day on August 30. Live on ITV Racing that Sunday afternoon, the £25,000 bet365 Sam Morshead Perth Gold Cup will take centre stage on a card now worth £83,500 overall thanks to bet365’s backing.