Abertay is UK University of the Year for Teaching Quality 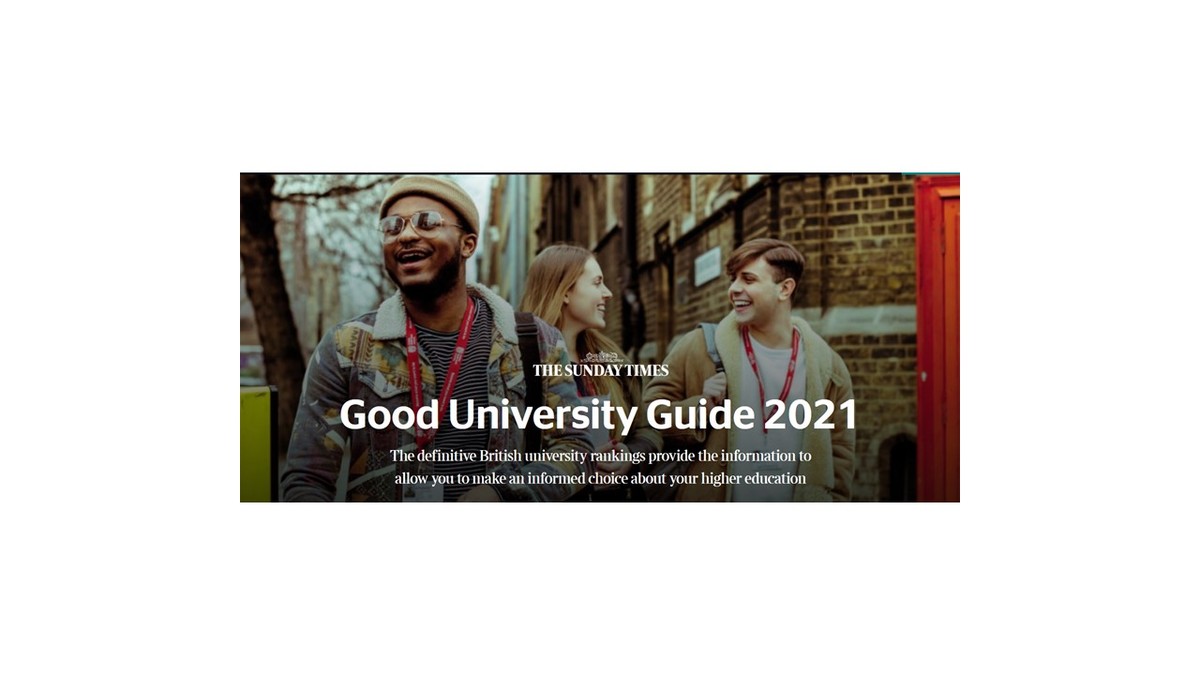 Three Scottish universities have been recognised in the annual Times and Sunday Times University of the Year awards. The annual awards are made to coincide with the publication of the new edition of The Times and The Sunday Times Good University Guide. The longest-running awards in British higher education are made for a 22nd time this year.

Robert Gordon has been named Scottish University of the Year in the The Times and The Sunday Times Good University Guide 2021.The sunny outlook of students has made for its best results yet for student satisfaction. It is up 17 places in our overall ranking, scores 8th= for satisfaction with the student experience and 12th in terms of teaching quality.

The University of St Andrews has retained third place in the UK academic ranking, but has closed the gap on Oxford in second place and Cambridge at the top to the narrowest it has ever been.

Abertay, UK University of the Year for Teaching Quality, achieved an 87% positive score for teaching quality in this year’s National Student Survey, ranking at second place nationally, and scored highly for student experience also, with 81.2%, placing it 14th= on the UK national leaderboard for this measure.

The award recognises the role the university has played in making Dundee a national and international centre for the video gaming industry and computing more generally.

The university's new cyberQuarter hub opens this academic year, designed to oil the cogs of collaboration between academia and industry in cyber-security. With £11.7m investment from the Scottish and UK governments through the Tay City Deal, the centre features a secure cloud-based virtual ethical hacking lab and has funding to develop innovative digital products and services. The university aims to seed new companies and to help existing ones grow locally, nationally and globally.

The facility builds on Abertay’s ground-breaking reputation in the sector — it was the first in the world to offer degrees in ethical hacking, where students are trained in offensive cyber-security and taught to think like hackers.

The city of Dundee is widely regarded as an international hub for the gaming industry and at Abertay’s School of Design and Informatics a new £5.5m videogames and cyber-security resource opened in 2019, housing an Emergent Technology Centre for teaching and research into the latest mixed-reality technologies.

Abertay leads InGAME (Innovation for Games and Media Enterprise), an R&D project which aims to increase the value and scale of the Dundee videogames cluster through creative experimentation, exploiting innovation and sector intensification. Partners include the BBC, Biome Collective, Microsoft, Outplay Entertainment and V&A Dundee.

McCall said: “Abertay has been instrumental in building the city of Dundee’s place as a global hub for computing and gaming, a perfect example of a university and business working together for the common good.

“Globally important businesses base themselves here partly because of the centre of excellence within the university. Students recognise the excellence of teaching more widely across the university, placing it close to the top of the tree among universities across the UK for the second successive year. It achieves all this while at the same time being the most socially inclusive university in Scotland. Truly, a modern university.”

Abertay tops our social inclusion table of Scottish universities. It was the first in Scotland to bring in access thresholds, a key proposal of the Commission on Widening Access.

While it is close to pipping Oxford for second place and closing the gap on Cambridge at the very top in the national academic rankings, St Andrews remains anchored to the foot of the Scottish social inclusion table, despite improvements in the past year across all of the measures used in the ranking, notably the proportion of students recruited from the most disadvantaged parts of Scotland and the number drawn from non-selective state schools. It makes contextual offers up to two A-level grades lower to those from disadvantaged backgrounds.

The Times and The Sunday Times Good University Guide 2021 provides students and their parents with an invaluable first reference point on the path to finding a university place. It contains full profiles of all universities. The academic league table is made up of nine indicators including student satisfaction with teaching quality and their wider student experience, research quality, graduate prospects, entrance qualifications held by new students, degree results achieved, student/staff ratios, service and facilities spend, and degree completion rates.

You can find out more about the #GoodUniGuide online